The event, which begins October 23 and runs through November 6, is called The Research’s Story (Special Edition). Konami didn’t provide a whole lot in the way of details – you’ll apparently be able to earn battle points by “digging the base camp” in search of unlockable items and gear.

To participate, you’ll have to have first completed Metal Gear Survive’s main story. If you’ve got that out of the way, you’ll be eligible to collect the Pyramid Head accessory, which lets you put the angular metal hood (or whatever you call Pyramid Head’s hat) on your characters in game.

I’ve never had the chance to play through the Silent Hill games, but I know Pyramid Head is a slow, menacing murder monster, so I’m a bit baffled that Metal Gear Survive is including the character in this way. But kids dressed up as Freddy Krueger for Halloween when I was young, so I suppose this makes as much sense as that.

Besides, Metal Gear Survive is set in an alternate dimension (I think?), so there’s nothing that can’t be justified via quantum mechanics. 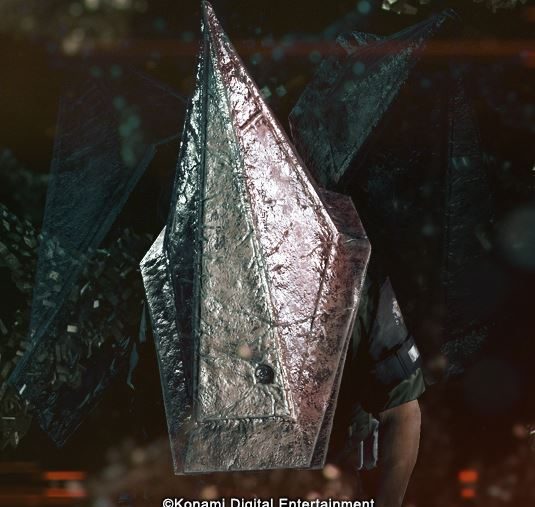 During the Researcher’s Story event, you’ll also be able to collect new cassette tapes, which include the following music tracks:

Konami’s post has the rest of the details, including the reprints that will be available during this event. Metal Gear Survive is the first post-Kojima Metal Gear game, and its departure from the recon stealth action that made the Metal Gear Solid series such a hit hasn’t exactly won over many new fans. Still, if you’re into swatting zombies with poles, or you really enjoy putting up chain-link fences, it’s got its own strange charm.