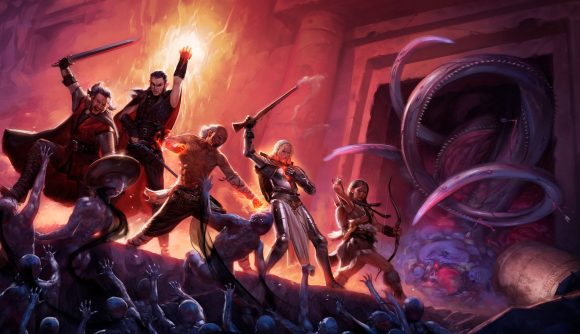 Microsoft is once again expanding its portfolio of games studios. The company announced yesterday that it is adding Obsidian Entertainment, creators of Fallout: New Vegas and Pillars of Eternity, and inXile Entertainment, the studio behind Wasteland 2 and The Bards Tale IV, to its growing list of Microsoft Studios.

Microsoft’s plan to acquire Obsidian has been an open secret for a month, since Kotaku’s Jason Schreier reported on rumors to that effect in October. InXile is more of a surprise, but the company has a similar RPG-heavy focus and roots that date back well into role-playing history: Interplay founder and CEO Brian Fargo left the company in 2002 and started inXile.

Microsoft announced the acquisitions Saturday at XO18, held in Mexico City, and it’s part of a recent trend that’s developed since the company made a significant overhaul to its games division leadership. At E3 this summer, the company announced it was acquiring Forza studio Playground Games, Ninja Theory (who created Hellblade: Senua’s Sacrifice), State of Decay creators Undead Labs, and Compulsion Games, makers of We Happy Few.

Both Obsidian and inXile have relied on crowdfunding in recent years to raise development capital for their games, and adding Microsoft’s financial backing means increased stability for the studios.


And here’s inXile’s Brian Fargo:
In both videos, developers talk about the support and opportunities for creativity that joining Microsoft affords them – beyond financial backing, for instance, Microsoft can provide support in the form of graphics and AI experts who can collaborate with the studios’ existing staff.

“It’s going to allow me to spend 100% of my time in product development,” Fargo said. “It’s a luxury that very few development companies have.”

“Thinking about the resources and support we’re going to get, I mean, I’m more excited now than I was 15 years ago,” said Feargus Urquhart, Obsidian’s CEO. “We’ve been making games for a really long time, and a lot of times it’s us against the world … now being able to just pick up the phone and say, ‘Hey, do you have a person who does this?’ And Microsoft has a person who does that.

“I really feel that we’re going to go and do our best work,” Urquhart continued. “That’s what this is all about – doing our best work, making games that people love, and the excitement that I have now about the support Microsoft can give us in that, it makes me happy every day to think about.”