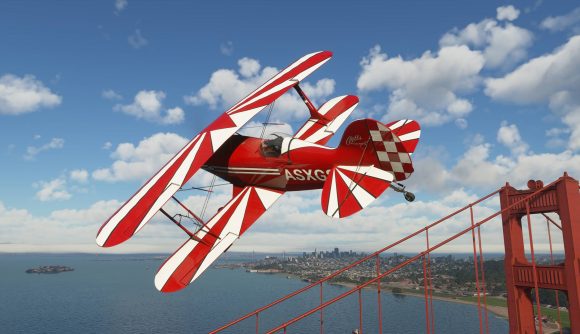 Microsoft Flight Simulator is coming to Steam on day one, Microsoft has confirmed, despite fears from some that the game would not be available on Valve’s platform.

The company had previously declined to commit to a Steam launch, but it now says the highly anticipated game will come to the platform on Microsoft Flight Simulator’s release date of August 18.

In addition, Neumann confirmed that the game will support head tracking software at launch and that it will support VR headsets later in the year.

He said: “Listening to the community has been a priority for the development team since the announcement of Microsoft Flight Simulator in June 2019. Two of the most requested features we’ve been hearing about from the community are TrackIR and VR support. Today we are excited to announce that Microsoft Flight Simulator will have TrackIR support available on day one, and VR support will be available later this year in time for the launch of the HP Reverb G2!”

The confirmation of a Steam launch will come as welcome news to those loyal to Valve’s platform, particularly as Microsoft had previously said only that its “goal is to have Microsoft Flight Simulator available on as many platforms as possible”. It remains to be seen if it will come to other storefronts or consoles in the future.