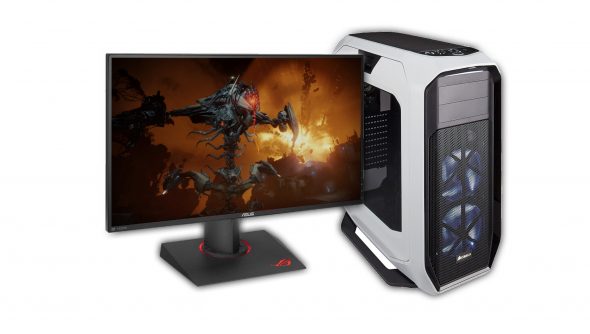 Microsoft is following in the footsteps of Apple by finally adding ARM support to Windows 10 via x86 emulation, and is now encouraging developers to program apps for both architectures. With an increased focus on ARM during the Microsoft Build conference and Nvidia attempting to acquire ownership of the chip designer bearing the same name, it looks more likely than ever that the best gaming PC could be ARM-based at some point in the future.

As noted in a roundup of the conference, Microsoft plans to sell low-cost ARM-based Windows 10 PCs to developers, in an attempt to “lower the barriers of entry for developers to port their Windows apps to support ARM64 natively”. While this means we should see many more applications get native ARM ports, it’s unlikely that the best PC games will run natively on ARM chips straight away.

We already have proof of concept that games run impressively on ARM, as seen with the Apple M1 chip, to the point it could give the best gaming CPUs from Intel and AMD a run for their money.

If the future best gaming laptop runs on an ARM architecture, we could see a cooler running, slimmer, and longer-lasting portable device. x86 is here to stay for a while, though, with Intel and AMD sticking with the chips for the foreseeable future as we edge closer to the release of Alder Lake and Zen 4.