What are the best Minecraft cities? Minecraft is full of jaw dropping builds, it’s one of the best building games there is, and it seems that its community’s creativity knows no bounds. Lots of Minecraft cities have been popping up, available for anyone to download and explore.

Creators have bought their favourite shows, games, and films to life through incredible Minecraft creations, such as a Minecraft Hogwarts map, The Titanic, and even a recreation of Lord of the Rings’ Middle-earth. It’s no wonder some of the most iconic pop-culture cities such as Gotham and King’s Landing are now available to explore in Minecraft.

We’ve sifted through and explored tons of Minecraft cities and these are some of the best Minecraft cities we’ve seen, they all come with download instructions and vary from built-up towns interlaced with nature to compact metropolitan city living.

Here are the best Minecraft cities: 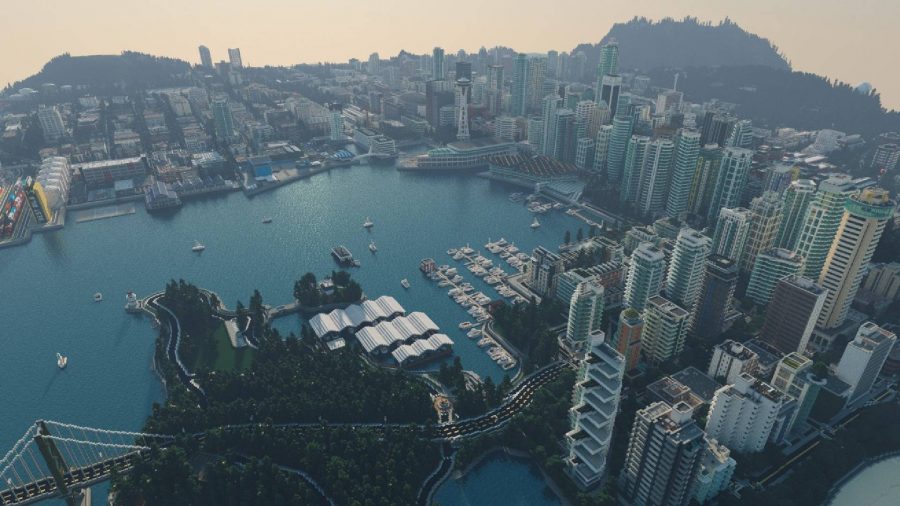 Mattupolis is an ever growing stream of skyscrapers and intricately designed bustling streets. Creator Matias draws inspiration from Seattle and Vancouver, with his desire to connect urban environments and natural scenery. Mattupolis is an oasis of high rise towers, districts with distinct feels, and even landmarks you can marvel at such as the Seattle Space Needle. 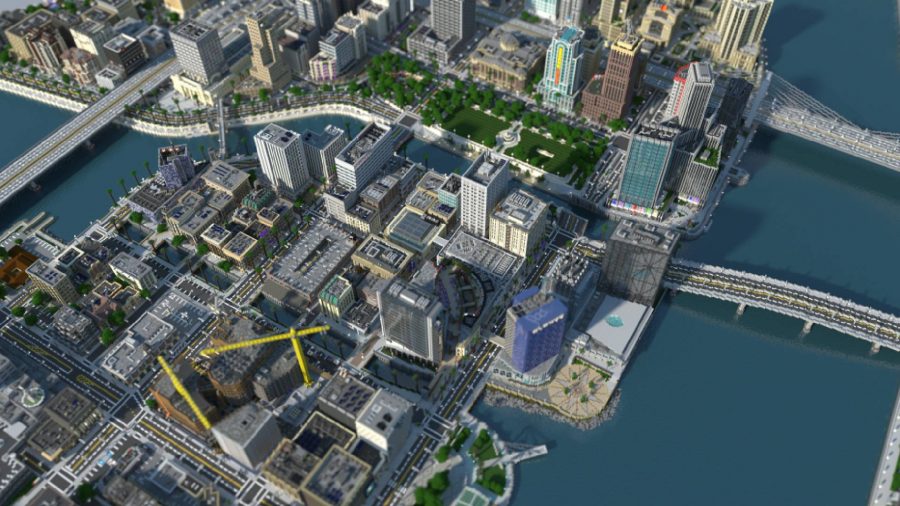 Greenfield by The Jestr is one of the largest cities in Minecraft, and the most extensive too. You can spend ages wandering through the different areas from the financial district to the city port brimming with containers. There’s incredible city detail in Greenfield from cramped residential houses, a skyline of cranes, and a maze of trains. 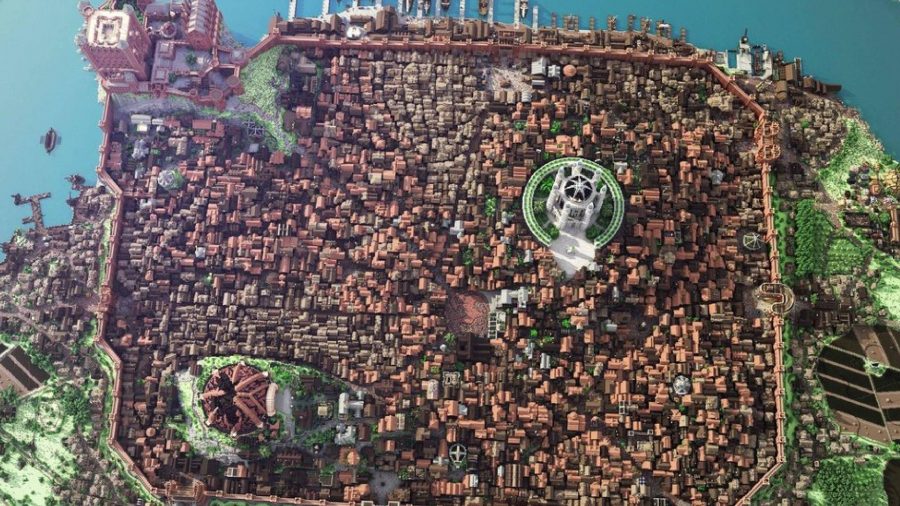 If you’re missing Game of Thrones, or want a chance to relive the epic fantasy, this King’s Landing map by WesterosCraft is a replica of the city hosting the iron throne. It includes all the landmarks you’d expect from The Great Sept of Baelor to The Red Keep. So, you can wander the streets of King’s Landing without all the maiming and bloodshed the series is known for. 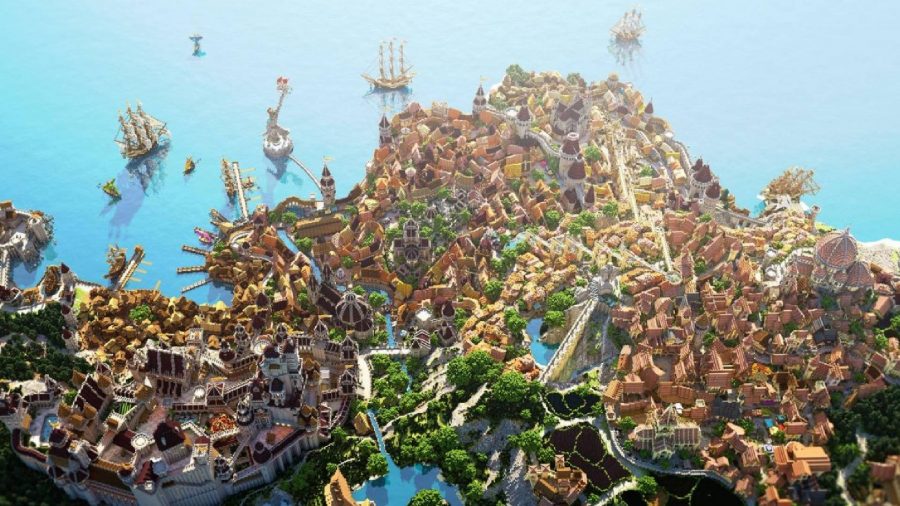 This Novigrad-inspired town by ElysiumFire might not be the slick urban sprawl of other Minecraft cities in this list, but with its impressive architecture, tight alleyways, and medieval red-roofed buildings it’s still a glorious sight to behold in blocky vision. Novigrad is a homage to The Witcher 3, although not an exact replica, it does embody the vibrancy and medieval feel of this extended fishing village, complete with a cathedral and port. 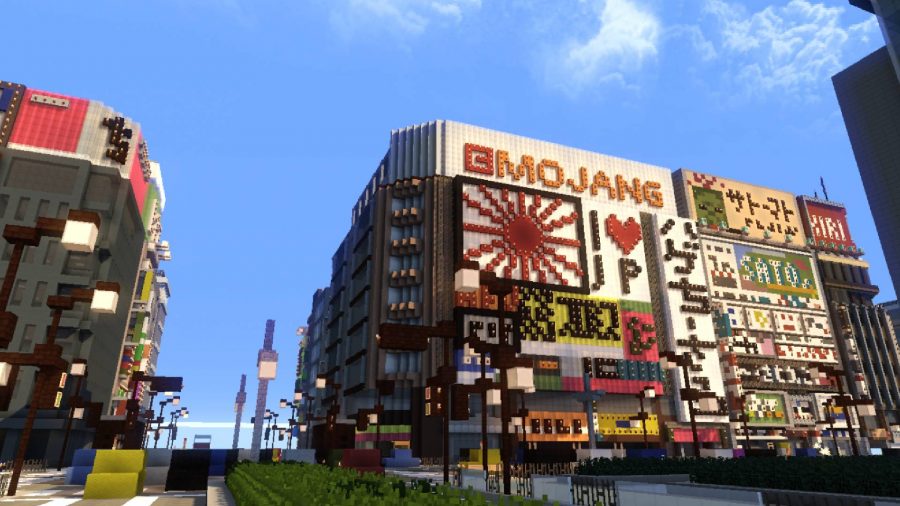 This modern japanese city has been in construction for years and has been the most widely talked about Minecraft city due to its absurd attention to detail. When images were first released of Sayama City by SayamaCityProject, we were astounded by it’s realism and how well it captures the aesthetic of Japanese cities, inspired by locations such as Tokyo and Osaka.

We’ll continue to explore Minecraft cities and update you with the best cities out there. You can also check out other impressive Minecraft builds, as well as some of the best maps in Minecraft if you’re looking for some peace away from the big city life.