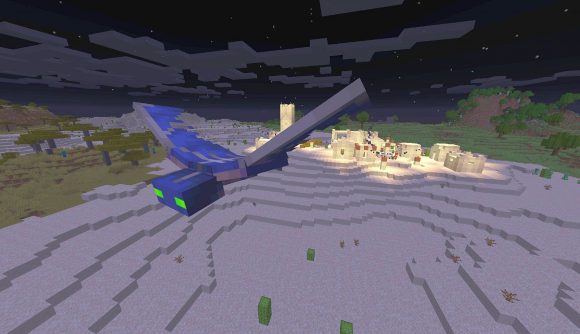 With the Minecraft 1.18 release date coming up soon, the pre-release snapshots for the update are getting teenier and weenier. But still, the snapshots keep on coming each week with some useful updates and tweaks – and while this week’s round doesn’t contain anything major, there are a few bits and pieces worth noting – the most important of which are all about our (virtual) feline friends.

Mojang explains that one of the bug fixes for 11.18’s pre-release 8 patch addresses “cats no longer scar[ing] phantoms away”. As fans will know, phantoms are hostile mobs that haunt the night skies – and they’re super scared of cats. That’s because cats will hiss and spit at phantoms that attack player characters, which means the spooky spirits will try to steer pretty far clear – about 16 blocks, in fact – of them.

Phantoms started being afraid of cats as of a 1.14 update – 18w44a if you want to be fancy about it – and the latest snapshot means that your feline friends can continue to keep them at bay.

It seems there was a bug cropping up following a previous 1.18 snapshot that was making cats very lazy at scaring away phantoms indeed, as illustrated by this great picture. Yep, those are some complacent little critters letting that phantom just swoop overhead uncontested. Tsk tsk.

That’s all fixed now, though. Additionally, there are various other bug fixes that solve things like crashes occurring after respawning (that’s a big one) among other issues. You can check out the full rundown in Mojang’s blog post with the update notes at that link.

The Minecraft 1.18 release date is November 30. Mojang recently announced the date and news that it’ll bring new world generation and enhanced cave systems, as well as candles – though some features are still “on hold” for now, which you can read about at that link.