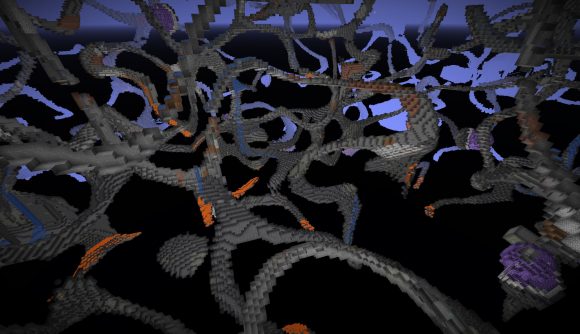 Minecraft‘s getting noodles on top of spaghetti. While that might sound delicious (if decadent), what it really means is that we’re getting even more varied cave generation as part of the Caves & Cliffs update. The latest Minecraft snapshot, 21w17a, is introducing noodle caves alongside some tweaks to dripleaves, copper, and ore veins.

Noodle caves are very similar to the spaghetti caves introduced in snapshot 21w06a. They’re both long, thin caves that will wind in and around the other caverns that the system generates. The difference is that noodle caves are thinner and more claustrophobic variants, so you’ll get even more variety than you would’ve with just spaghetti caves.

This snapshot also tweaks the new ore veins which were implemented in a previous preview. They’re a little rarer now, and ever-so-slightly reduced in size, but you’ll now have a chance of finding a raw ore block in the middle of a vein. If you’ve been playing around with Minecraft copper in earlier snapshots, that’s also getting a major change to be easier to find – copper ore blocks will now drop two or three pieces of ore instead of just one when mined.

You can get the full list of changes on the official site, or get a more detailed breakdown in the video below. 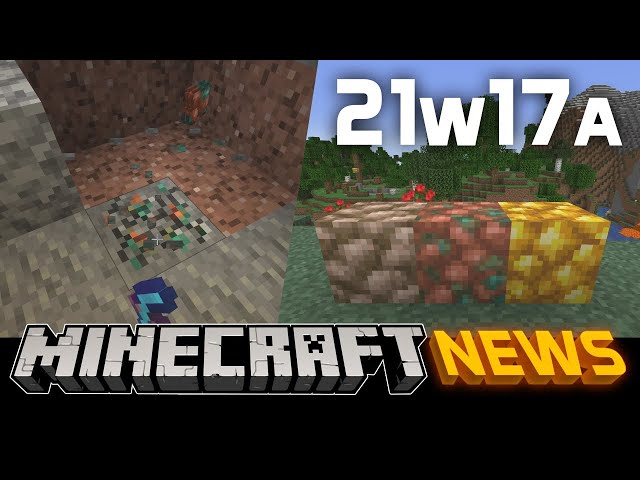 The Minecraft 1.17 release date is still set for summer 2021 – though that’ll now only be the first part of the update.