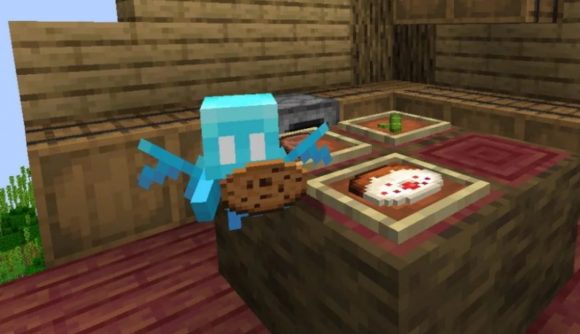 It’s Wednesday, and you know that means: it’s time for Minecraft snapshot 22w17a to arrive, with a brand new item in the goat horn, which will give you a brand-new way to make some noise. The snapshot also adds even more to the Warden’s strength, but it does give an incentive for doing battle with the monster.

As of this snapshot, goat horns will drop anywhere a goat rams a hard block like a tree, log, stone, packed ice, or ore. You can use the horn to play a loud sound that can be heard from a great distance, and each will play a different sound based on which goat it came from. There are a total of eight different horn variants, four of which you can only get from screaming goats.

You’ll also find a more powerful Warden now, as the creature’s ranged attack will now deal 30 damage (up from 10) and will bypass your shields and armour – and that attack now only has a two second cooldown, down from five seconds. You will, however, now get a single sculk catalyst if you take a Warden down.

Giving the Warden a drop is a pretty major change from how the devs previously presented the mob, but as gameplay developer Brandon ‘kingbdogz’ Pearce explains on Twitter, “The key is that the Warden should never drop something that is important or hard to get that would be worth going through the trouble of fighting it. In this case though, fighting a Warden is not worth a sculk catalyst. This change is only made for renewability farms and tech players. For most players, exploring the world and finding sculk catalyst naturally will be FAR easier than setting up a farm.”

For most players, exploring the world and finding Sculk Catalyst naturally will be FAR easier than setting up a farm

You can see the full patch notes on the official site. Check out our guide to Minecraft beta versions if you’re looking for help trying this snapshot right now.

You can expect these features to land in the live game with the Minecraft 1.19 The Wild release date, though there’s likely to be plenty of further tweaks ahead of the proper launch.