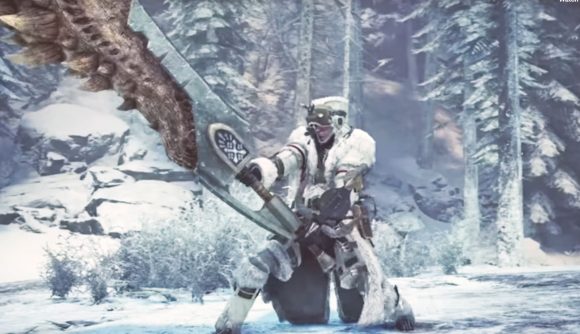 Monster Hunter World: Iceborne will have multiple major updates, following the precedent set by the base game. In an interview with PCGamesN at E3 2019, producer Ryozo Tsujimoto spoke about the ongoing life of the game.

When asked about the possibility of a new game in the series, Tsujimoto said that “we do plan to have multiple title updates for Iceborne – the same as Monster Hunter World.” Exactly how those will take shape is yet to be seen, as the producer went on to say that “it’s often about letting the game release, seeing the players’ feedback, and then deciding what kind of updates you want to make, what kind of adjustments – and not just bug fixes, but also quality of life improvements and balance changes.”

That said, Capcom clearly has some significant plans in place already, as Tsujimoto says “we want to have a great, meaty post-launch life cycle to let players keep enjoying the game for a long time.”

“It’s not like it’s some kind of a game-as-a-service thing where we’ll have five-to-ten years out of the single title, but we want to make sure that it isn’t just a release and then you’re done. We’re going to keep the same strategy for Monster Hunter World, and you’ll see stuff coming out after launch.”

Can’t wait for Iceborne? Here are the best games like Monster Hunter: World on PC

We’ve already learned plenty more about Monster Hunter World: Iceborne over the course of E3 2019 – for instance, you’ll soon be able to ride small creatures around its enormous map, which will rival the size of the base game’s.

The new update drops in September for console players, but if you’re hunting on PC, you’ll be waiting a few extra months, as the Monster Hunter World: Iceborne release date is currently scheduled for some time this winter. While that extra wait is a little disappointing, Capcom says it’s looking into ways to bring updates to PC faster in future, which might mean that all those meaty updates make their way to our screens a little quicker.