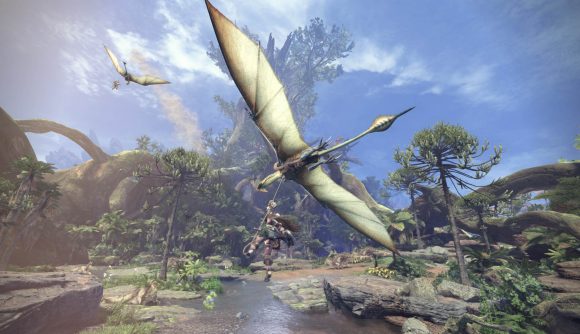 December 9, 2020 A brief dialogue scene with a racist joke will be removed from the Monster Hunter movie worldwide following backlash in China.

The Monster Hunter movie is receiving edits worldwide after a joke with racist overtones caused the film to be pulled from Chinese theatres. Director Paul W. S. Anderson has issued an apology, as has Asian-American actor Jin Au-Yeung, who performed the line in the film.

The scene will be removed from all versions of the film worldwide. “I am absolutely devastated that a line from our movie, Monster Hunter, has offended some audience members in China” Anderson says in a statement provided to Deadline. “I apologize for any anxiety or upset that this line and its interpretation caused. Monster Hunter was made as fun entertainment and I am mortified that anything within it has caused unintentional offense. We have respectfully removed the line from the movie. It was never our intention to send a message of discrimination or disrespect to anyone. To the contrary – at its heart our movie is about unity.”

The controversy became apparent to English-speaking game fans thanks to a thread on Twitter, where Niko Partners senior analyst Daniel Ahmad posted some footage of the dialogue for the movie, and ran-through why audience members are unhappy. In the scene, one character asks another “What kind of knees are these?” following up with “Chi-knees.” The pair are American soldiers, as the protagonists are a team of military recruits that get transported to the world of the games. As Ahmad explains, this joke has racial connotations due to a playground chant used to disparage people of Asian heritage in English-speaking countries.

“I felt a need to address this situation because what is at stake is not my career but something even more dear to my heart – my roots,” Jin Au-Yeung says on Instragram. “I’ve spent the last 20 years using my platform to embrace and be a positive voice for my community. I am and will always be proud of my heritage.”

Amid all of this, the reviews on Steam for Monster Hunter: World have taken a nosedive. Nearly 2,000 negative reviews have been submitted in the last two days, some of them directly talking about the film, others memes, others edgelord nonsense. It’s an ugly scene.

Capcom has issued a statement on social media due to the backlash, stating that it is aware of the situation and the controversy. That it is not the producer on the MH movie and that it will report the situation to the relevant film companies to investigate. pic.twitter.com/KxMWP6H69I

Milla Jovovich’s lead character, Capt. Natalie Artemis, was recently revealed as part of a crossover between the film and Monster Hunter: World. The blockbuster will open in the US on December 18.