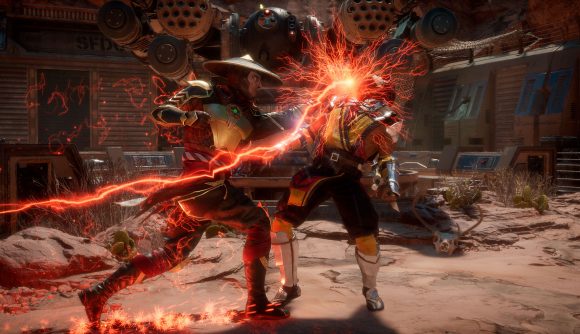 Mortal Kombat 11 has seen quite a few leaks both before and since its release in April, often about which characters would feature in its line-up. There have even been alleged reveals about which DLC fighters could be heading to the game – and now some of these are looking a bit more likely. A dataminer has found code in PC game files suggesting that three new characters might be coming to the Mortal Kombat 11 roster – Joker, Ash, and Terminator.

As spotted by ComicBook.com, user Thethiny has posted their ‘findings’ on Reddit, saying “here’s an album that I’ve created, again, found within cheat engine. Fujin and Sheeva are in, Nightwolf is the only complete character other than Shang Tsung”, and linking to an Imgur page showing game code that seemingly confirms this. The game code is purportedly taken from the newest Mortal Kombat 11 patch, according to ComicBook.

In addition to Nightwolf and Shang Tsung, who have already been unveiled, you can see lines referencing DLC Ash, Joker, and Terminator character files in the right-hand column. Though unconfirmed, this could be a pretty exciting find – and it fits in with some of our expectations from the recent ‘Kombat Pack’ DLC trailer, which showcases the pack’s early access to six new fighters. Perhaps we now have a better idea of who some of the remaining special guests might be.

Others visible in the code who have also been ‘leaked’ previously, include Sheeva and Fujin. It could be that these will appear in the next Mortal Kombat 11 DLC pack when it comes around.

Finish him: Check out all the Mortal Kombat 11 fatalities on PC

Whether these DLC character leaks will turn out to be correct, we’ll just have to wait and see – but given what’s already been announced, we can hopefully keep our fingers crossed that we’ll get to deal out some serious Terminator-style fatalities in the future. Let’s hope he’ll be back.