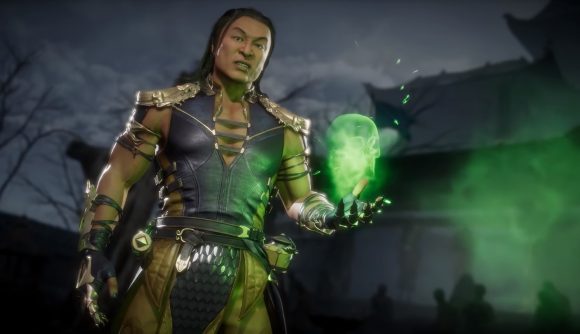 You won’t have to wait much longer to hear about what’s next for slug ’em up Mortal Kombat 11. Series co-creator Ed Boon took to Twitter to keep fans on their toes, revealing we’re getting some news this week about future content – or should that be kontent?

That’s not all Boon has to share, either, as he also reveals the fighting game has sold eight million copies since it launched March 2019. The game has sold well, clearly, since it booted up last year.

As for what news will be revealed, little was given away. Mortal Kombat 11 has received a bevvy of updates since it launched that typically involve old, familiar faces. We’ve seen Robocop, The Terminator, and The Joker so far alongside various bouts of new story content. Tragically, we’re unlikely to see Shaggy join the fight. Fans got a petition rolling with 90,000 signatures to make it so, but NetherRealm said no. It’s community manager went as far as calling it a “dead meme” – guess that’s not happening then. Otherwise, with the next generation of consoles on the horizon, the update could simply be that the game is making the jump.

If you need some help kombating your foes, our Mortal Kombat 11 fatalities guide is on standby.

After 8 million (and kounting) MK11 games sold we're not done yet. Stay tuned to see what's next for MK11 this week!#KombatKontinues

If you want to see the other upcoming games on the horizon, you know where to click.