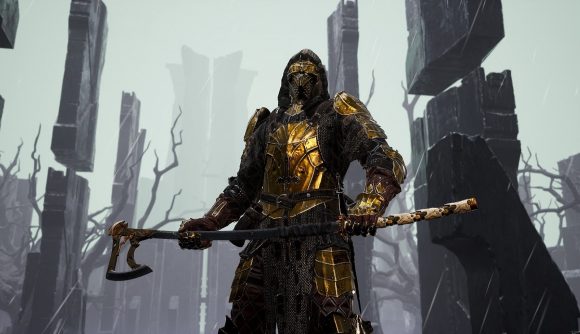 Mortal Shell has always worn its Souls-like game status right on its battered metal sleeve, and so it’s little surprise to learn that its first paid expansion has heavy Fromsoft influences. The Virtuous Cycle, due out August 18, adds a new shell to possess, and its armed with a transforming trick weapon that could have been pulled straight out of Bloodborne. What’s more, the expansion also adds a new semi-roguelike mode that will be sure to keep you on your toes.

The new shell is called Hadern, who Mortal Shell players will recognise right away as the elusive teacher character from the main campaign. You’ll be able to play as Hadern both in the new Virtuous Cycle content and in the main campaign once the DLC arrives, and he wields a unique weapon called the Axatana. While sheathed, the Axatana functions as a heavy axe, but it can quickly be transformed into a pair of deadly dual katanas at the drop of a hat.

The Virtuous Cycle keeps things interesting by constantly shuffling enemy positions, which means you’ll never really be able to memorise their locations. As in Dark Souls, Mortal Shell’s early areas become easier as you learn enemy placement, so you’ll know to walk around a corner with your shield raised, for example.

So much for that, then. Here’s the trailer: 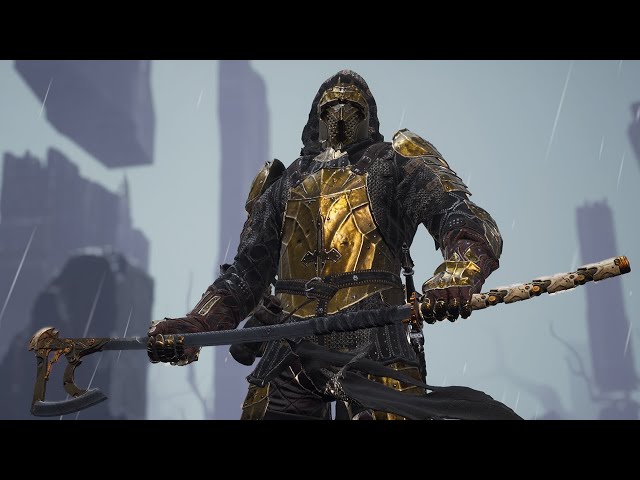 As you explore the treacherously unpredictable new areas, you’ll be able to find magic pillars that grant new abilities – there are more than 100 new abilities in all, and these include weapon enhancements and entirely new combat moves.