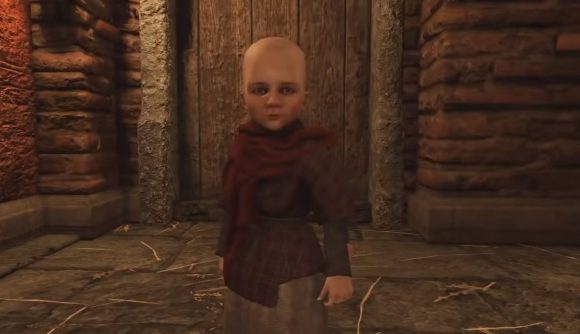 Mount and Blade 2: Bannerlord lets you play as lots of different things. Through the action-role playing game’s class system you can imagine yourself as an infantry, ranged, or cavalry-based medieval soldier. Some players, though, have taken to playing as babies.

It’s pretty simple to do, press the ‘R’ key while you’re in the character creation screen and then you, too, can be a medieval baby. You’ll get a set of robes that fit, so that’s all fine, but your weapon and shield remain their standard size – polearm, two-handed axe, you name it.

What really bugs me, though, is how fast you can move and jump while in baby form. Check out the video below from YouTuber Alex the Rambler to watch a pint-sized human zip and lunge around a tournament area. At one point he gets a shield which makes him impossible to hit due to how small he is and the fact the shield protects his whole body. It’s everything I fear in life and more.

It’s hardly surprising to see so many players enjoying the game’s early access as they’ve waited for ages for the next Mount and Blade game. It only took a couple of hours for the Mount and Blade 2: Bannerlord player count to hit 164,078. 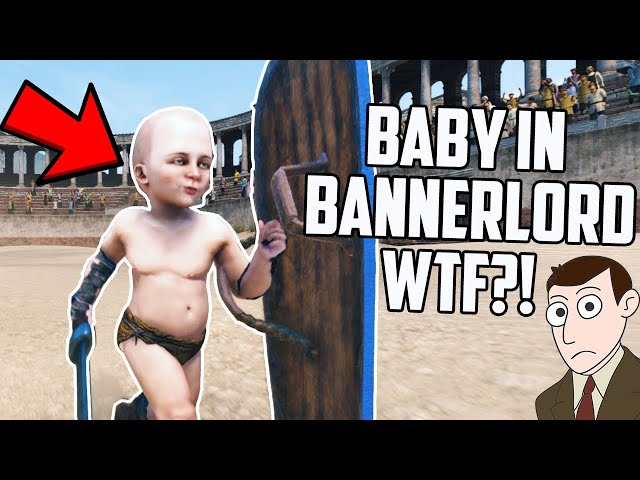 That figure also makes it the biggest launch on Steam in 2020 so far. If you think about it, that’s a lot of potential medieval babies running amok.

If you press ‘R’ during character creation, you can play as a baby from mountandblade

If you’re interested in checking out more Mount and Blade 2: Bannerlord cheats, then we’ve put together a guide to show you how to do it. We also curate a list of upcoming PC games, so If you’re curious what else is coming out that may be topping the chart, then that’s the place to go.