MSI’s version of the Nvidia RTX 2070 is unlike any of the other reference design graphics cards I’ve seen from the new Turing GPU generation. The MSI RTX 2070 Armor 8G is a card retailing at the base MSRP the GeForce team has set for the current entry-level 20-series, and that means we’re talking about a $499 (£460) card, with a level of performance that puts it just ahead of the last-gen GTX 1080.

But this isn’t the first RTX 2070 we’ve seen in reference trim. Nvidia made sure that, unlike either the RTX 2080 or RTX 2080 Ti launches, we got to see base level graphics cards before we saw any of the fancy, overclocked SKUs. The Palit RTX 2070 Dual was our initial taste of the latest 20-series GPU, and while its price/performance ratio was impressive, it was a little lacking on the cooling front. But then that’s what we’ve largely come to expect from the reference-clocked designs of the Nvidia Turing GPUs.

A lot of the basic RTX cards have come with limited blower fans, or just rather low performance coolers, and look… well, cheap. That’s despite the fact they’re anything but.

The MSI RTX 2070 Armor 8G isn’t like that at all. In fact I had to double check the listing and pricing of the card just to make sure that it actually was an MSRP, reference-clocked GPU. This is a card that looks like you’d be happy to spend $500 dollars on it. Okay, happy is maybe a relative term. I’m still of the opinion that $400 should be the very most a traditional gaming GPU should go for, but then I’m an old man, set in my ways, and too busy shaking my walking stick at those damned kids playing ball in the street to change.

The Armor 8G may not have the bling of the more expensive MSI RTX 2070 Gaming Z, but it’s still got a pair of large fans, atop a pair of even larger heatsinks that make it a little wider than a standard dual-slot GPU design. This version of the RTX 2070 is big… bigger than I’d expect a reference model to be. 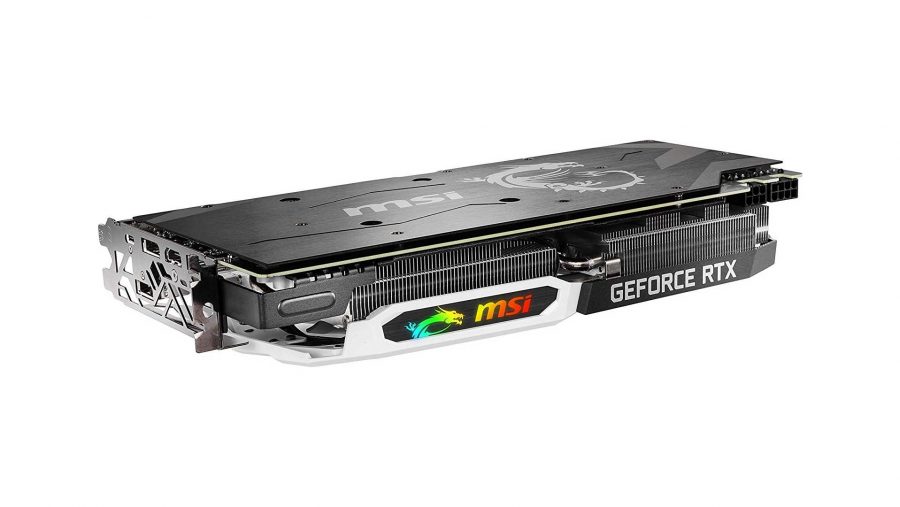 In terms of the actual specs for the card you’re looking at the same as the Palit RTX 2070 Dual we checked out earlier. That means it’s rocking the same TU106 GPU – which looks for all intents and purposes like an RTX 2080 Ti chip sliced directly down the middle – with 2,304 CUDA cores, 8GB GDDR6, and a bunch of extra RTX silicon that no-one’s going to get any use out of for a good long while.

But, seeing as we’re here, there are 288 Tensor Cores inside it, for the AI, deep learning fun-times, and 36 RT Cores to make good with the real-time hybrid ray tracing. Fingers crossed Microsoft will stop messing around with its October Update and get it out of the door properly before it has to stick another month in the title.

It seems pretty certain that this is going to be it for the serious RTX feature-set. The RTX 2070 is the base-level of ray tracing, unless Nvidia gets ambitious and tries to jam the extra silicon into either the upcoming RTX 2060 or even RTX 2060 Ti.

In terms of the clock speed, this RTX 2070 Armor 8G is using the same 1,410MHz base clock as the Founders Edition card, but has a slightly lower boost clock of 1,620MHz vs. the Founders’ 1,710MHz. The factory overclocked Nvidia card, with the funky shroud, does get to use a specific overclocking SKU of the TU106 GPU, with the reference chip not allowed to be boosted out of the box. 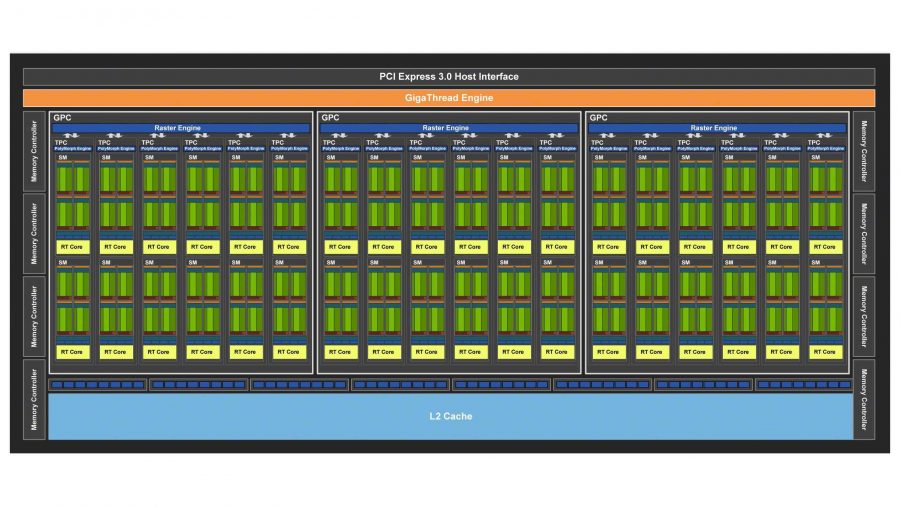 That doesn’t stop you from tweaking your GPUs clocks yourselves, and doesn’t take into account the fact that Nvidia’s GPUs don’t really pay a whole lot of attention to their frequency ratings – our RTX 2070 Armor 8G was happily operating between 1,770MHz and 1,845MHz in-game.

That’s a touch quicker than the Palit RTX 2070 and you can see in the benchmarks what difference that makes in the overall scheme of things. 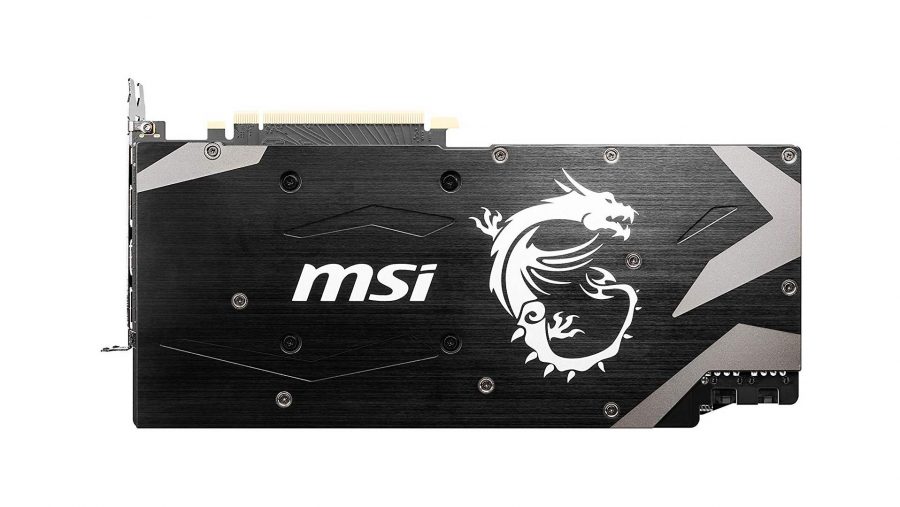 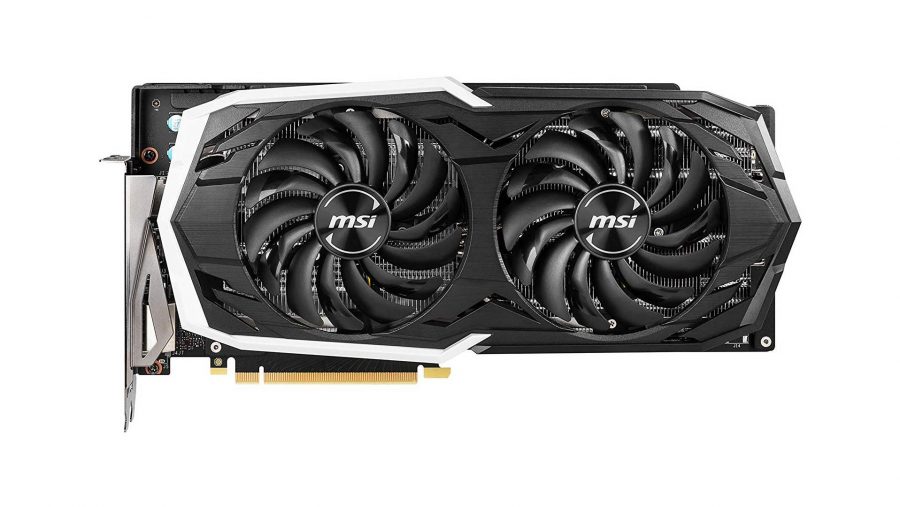 Basically there isn’t a whole lot of difference between the Palit and MSI RTX 2070 cards when it comes to overall performance. At 4K there is nothing between them despite the higher in-game GPU frequencies, but that does change down at the 1080p level. This is where there is a little more space between the performance of the MSI Armor 8G and the Palit Dual card.

And that 1080p level is a touch more significant than you might think. Generally for this sort of $500 card I’d be recommending you should be gaming at 1440p and taking advantage of the increased visual fidelity that step up in resolution can offer. But it was only at the 1080p level where the first RTX 2070 we tested occasionally came up short against the older, cheaper GTX 1080 of the Pascal generation, otherwise it was comfortably ahead.

The extra little bit of GPU performance inside the chunky MSI RTX 2070, however, allows it to be faster across the board compared with Nvidia’s last-gen hero. And that’s still with the prices roughly the same.

And remember, the GTX 1080 is soon going to end up being priced out of relevance once stock dwindles to the point where there are just a handful floating around Amazon.

But it’s not just the slight gaming performance lead that puts this MSI card ahead of the Palit offering. That chunkier cooler also comes into play, delivering a GPU that only ever gets up to 65°C under standard load. And it also gets MSI’s 0dB fan design too, meaning they don’t spin at all until you hit a certain temperature. Essentially, when the GPU isn’t being taxed, the graphics card stays completely silent. 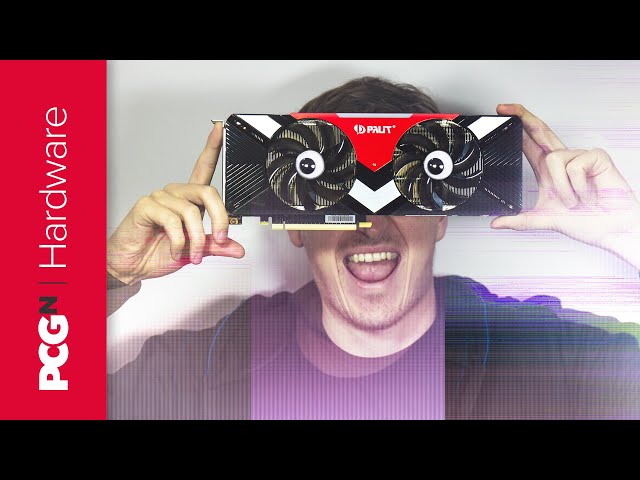 Not only is the RTX 2070 a faster gaming graphics card than the GTX 1080, it’s also a touch leaner in terms of power draw, and this MSI chiller keeps it cooler than the cheapest GTX 1080s too. And there is the, currently rather ephemeral, spectre of real-time ray tracing and deep learning performance-boosting looming tantalising out of reach over the horizon too.

The promise of using AI to improve not only the fidelity, but the performance of our games, is arguably more important than the first generation of real-time ray traced shadows or reflections. The Deep Learning Super Sampling (DLSS) feature baked into the Turing GPUs means those Tensor Cores get to flex their muscles, and make games look better on the fly because the GPU knows how good it can look.

And the fact you’re getting all this (or will be getting all this at some unspecified time in the future) for around the same price as a GTX 1080 is pretty great. The reference-clocked RTX 2070 GPUs are where it’s at in the sub-$500 graphics card market, and this MSI RTX 2070 Armor 8G is looking like the best of the bunch so far.

The reference-clocked MSI RTX 2070 is the version of Nvidia’s third-tier Turing GPU that we would happily recommend right now. Its $499 (£460) price point makes it around the same price as a GTX 1080, but with higher performance and more in the tank to come too.