If a GTX 1060 isn’t quite enough for you check out the best 4K graphics cards.

The Trident is a small-form factor PC that’s not much bigger than the weakheart Fnatic eSports training PC which failed to make me awesome at Overwatch, but with significantly more gaming grunt. The pictures really don’t get across the scale of this little PC; it’s not far off the size of the original PS4.

The beating heart of the Trident is the bespoke GTX 1060 graphics card MSI have created especially for the limited space inside the diminutive chassis. The custom PCB fills almost one half of the little box, but packs some beefy cooling, using what looks like the exact same fans they used on the standard desktop GTX 1050 Ti cards. The GPU cooling is sat directly under the large vent in the top of the Trident case to ensure it can breathe as easily as possible when under heavy gaming loads. 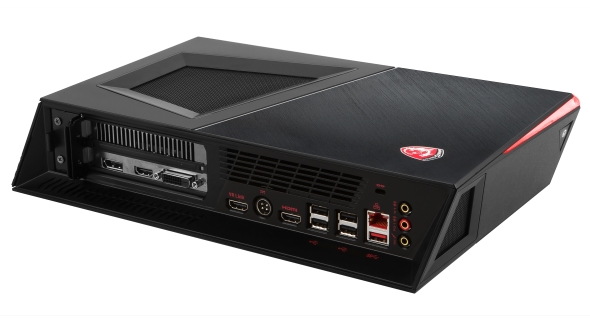 And it’s this custom GTX 1060 which allows this mini-PC to claim its compatibility with VR gaming. Like the larger, more powerful Aegis X I checked out a few months back the Trident uses an innovative HDMI pass-through so you can plug your VR headset into the front HDMI port. The Trident also just about has enough high-speed USB connections so you can plug the myriad wires in too. Roll on wireless VR? Maybe not…

Backing up the Trident’s graphics card is a non K-series Skylake Core i5. There’s little point trying to overclock and overheat the processor in a tiny PC such as this; you might just end up with a melty chassis like some lucky PS4 Pro owner. MSI have also only provided the H110 chipset in this small form factor machine, so even if the Silent Storm Cooling 2 tech could cope with the rigours of regular overclocking the custom MSI motherboard won’t.

What all this custom cooling and PCBs mean though is that as well as being able to deliver serious gaming performance at 1080p settings you get all that without it sounding like the Trident is going to take off. 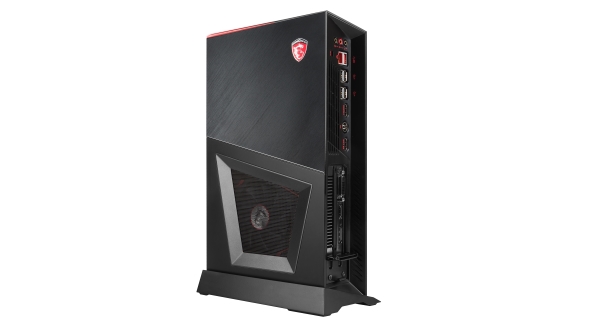 Unfortunately we didn’t get a chance to do any acoustic testing on the machine when MSI brought a sample into the office, but they claim under full load the Trident peaks at just 31dB. For reference a whisper-quiet library is generally rated at around 30dB. That sort of shut-up-and-game aural experience is vital for any machine that wants to make its home in the living room of yours.