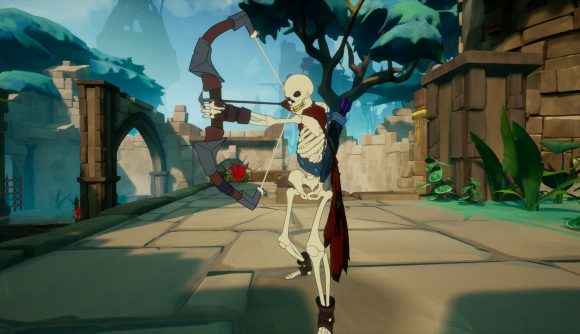 MythForce makes its intentions clear right from the moment it’s launched: a shining owl sigil gleams as the opening of an upbeat, synth-driven pop theme song kicks in, and you’re transported to the intro sequence of an ’80s action cartoon you’ve never seen before. It’s a co-op game in the vein of Vermintide, but done in a family-friendly style that harkens back to the original runs of He-Man and the Masters of the Universe and She-Ra: Princess of Power.

It’s in the works from Beamdog, a studio RPG game fans will know from its modern remasters of Infinity Engine classics like Baldur’s Gate and Planescape Torment. The developer has shifted gears for its first original game, moving to full 3D and working with Unreal Engine 4.

In MythForce, you take on the role of one of four heroes: there’s valiant knight Victoria, who can hurl her shield like Captain America, or the stealthy hunter Hawkins, who can slip into the spectral realm and pass by enemies unseen. Maggie the Mage can summon an owl familiar or a deflecting shield, while rogue Rico can blind enemies with a fistful of pocket sand.

What’s most striking about MythForce is how well it captures the feel of ’80s animation. Backgrounds look hand-painted and stylized, but any element in the game that moves has the flatter appearance of hand-animated cels, since in an animated series, these elements would have to be redrawn thousands of times. 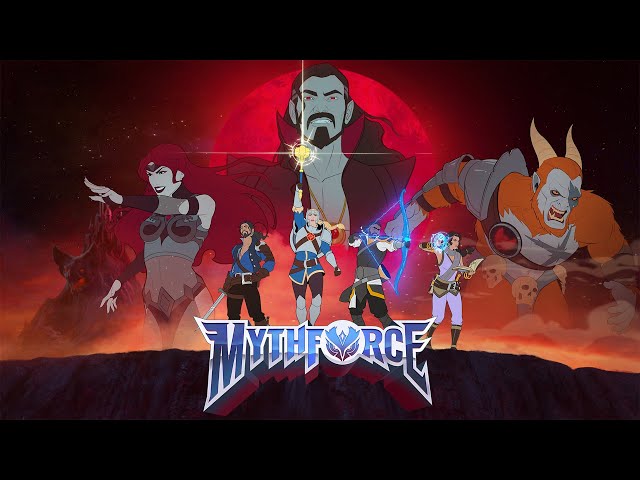 Beamdog tells us that while the effect it creates looks simple, it’s been a challenge to get everything to look right, mainly because Unreal ‘wants’ to display images that are clearly 3D, with objects taking on lighting and casting shadows the way they do in real life.

For guidelines on how to achieve the animated look in 3D, Beamdog says they looked to a paper published by Arc System Works, the developer of the eye-catching Guilty Gear series of fighting games. “Basically, we followed their example. What did Guilty Gear do, and how did they do it? We kind of copied their tech there and added our own twist to it.”

Each run is procedurally generated out of pre-designed ‘chunks,’ and each character will find new gear and gain levels and new abilities within each session. As weapons increase in rarity, their designs become more ornate – a legendary sword might have a cool flame design and badass cutouts in the blade, or be encrusted with gemstones. 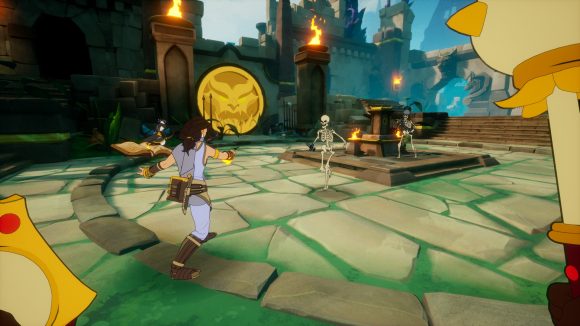 The scenery was a challenge, too – Beamdog says to recreate the effect of hand-painted static backgrounds in procedurally-generated levels, the developers eventually created a way ‘bake’ the level lighting four times, for each possible rotation of a given room.

“There’s a whole lot of stuff that went into it, but we felt the juice was worth the squeeze because the levels – especially when you stand still – can feel like a hand-painted piece of art,” one designer told us.

“It’s a big departure from the RPG classics we’re known for, but the Beamdog DNA is evident if you know where to look,” says studio CEO Trent Oster.

MythForce will hit Early Access on the Epic Games Store April 20 with its first episode, Bastion of the Beastlord. Additional episodes will be released throughout the Early Access phase, and Beamdog says it’ll be incorporating community feedback during that time as well.