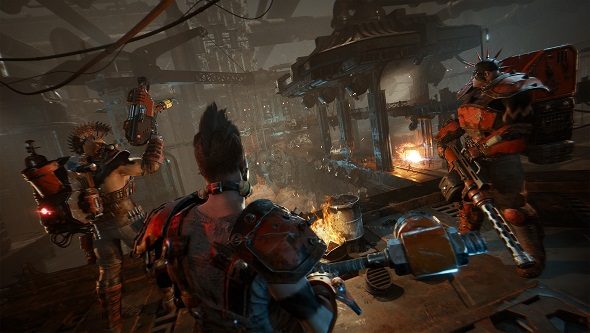 A new batch of screenshots for Necromunda: Underhive Wars shows off the upcoming tactics games’ big, rusting, industrial environments, as well as some of the unsavory characters we’ll be meeting in the Underhive.

In its tabletop incarnation, Necromunda is a very punky spinoff miniatures game set in the Warhammer 40K universe, in the sprawling, corroded underworld of one the Imperium’s Hive Cities. Squads battle it out in corridors and platforms, each representing one of the Underhive’s many brutal gangs (never let it be said that Warhammer ever gets sappy about the inherent goodness of people).

Necromunda: Underhive Wars is adding a lot of verticality to that formula, amping it up from developer Rogue Factor’s last Games Workshop title, the underrated turn-based tactics game Mordheim: City of the Damned.

The new screenshots don’t provide much in the way of information that couldn’t be gleaned from the teaser trailer, but there are a couple noteworthy details. The Underhive gangs shown are sporting what look like variants of familiar Imperium weapons like bolters, chainswords, and plasma guns, and everyone’s wearing salvaged armor and cool warpaint.

But the environment shots are certainly interesting, because they provide some hints about the scale and focus of the combat spaces in Necromunda. For one thing, they look big and complex, with gantries running over factory floors and massive pipes, and a massive cathedral-like ceiling high above some kind of generator. 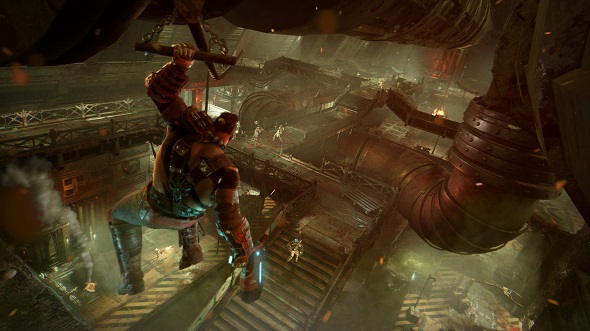 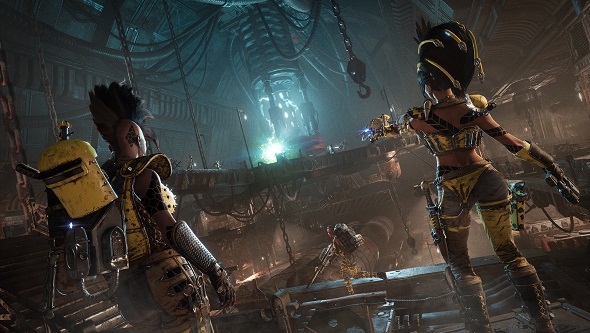 There are multiple overlapping levels, suggesting advantages to having elevation on your targets. And in one shot, a gang member appears to be using a zipline to quickly travel from one side of a map to the other.

Mordheim also featured sprawling combat stages, and Necromunda seems to be dialing that up a couple notches. We’ll be looking forward to exploring them for ourselves when it launches next year.