Neverwinter developer Cryptic Studios has announced that the free MMO’s next expansion will take players back to the days of Neverwinter’s past – to the mystical land of Sharandar. First introduced in the game’s first post-launch module Fury of the Feywild, it’s a place of pure fantasy idyll, but in the coming module, a new threat has emerged that needs to be struck down. Sharandar won’t be quite as long-time fans remember it.

As recently revealed, Neverwinter’s next expansion will feature a “completely revamped and re-visualised” Sharandar. Rumours whisper of an “ancient fey being” and bands of Malabog the Fomorian King’s scattered minions looking to conquer Sharandar and claim its arcane secrets.

There’ll be new places to explore, such as a brand-new Sharandar social hub, the Ruins of Malabog adventure zone, and the Vault of Stars dungeon. This is on top of the new story content and overhaul of the terrain when the Neverwinter: Sharandar release date rolls around. To get a taste of this new version of Sharandar, we spoke to Neverwinter lead designer Randy Mosiondz.

“While the areas will roughly follow the footprint of the older Sharandar, it will look a lot different,” Mosiondz tells us. “Our artists spent a lot of time re-envisioning the look of the environment and monsters, to great effect. You’ll still see the new Sharandar hub, but it has been completely re-done, some of the old character models have been updated, and there are completely new characters for the new storyline.” 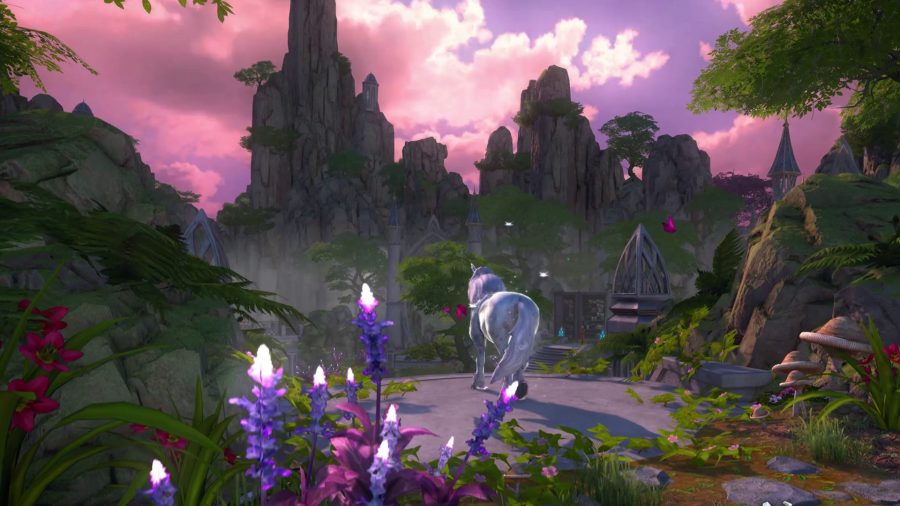 But why Sharandar? Recent Neverwinter expansions have taken us to other, very different realms – like the mouth of hell in Avernus – and Sharandar’s magical serenity stands out by comparison. “Sharandar has a lot going for it story-wise,” Mosiondz explains. “It’s set in the Feywild, a magical otherworldly dimension that overlaps the Prime Material Plane. The Feywild is home to a lot of creatures you’d see out of Grimm’s Fairy Tales,” he adds, highlighting its fey creatures and giants as examples.

we didn’t want to retell the old story: we wanted Malabog’s defeat to count

“Sharandar has also been a key battleground between the Iliyanbruen elves and the armies of Malabog the Fomorian King. And, of course, Malabog was aided by the moon elf lich Valindra Shadowmantle, one of our signature villains.” While this storyline has been put to bed, with Malabog’s defeat and Valindra returned to the Prime Material Plane, Mosiondz says “there are remnants that resurface in the continuing story”. So it sounds like there are still stories to tell.

While an area revamp is surely an exciting prospect for Neverwinter fans, striking the right balance between preserving the spirit of the Sharandar they know while infusing it with something fresh is, naturally, an important concern. “It’s definitely a challenge,” Mosiondz says, “but one of the key elements we decided early on is that we didn’t want to just retell the old story: we wanted Malabog’s defeat to happen and the world space to change accordingly. 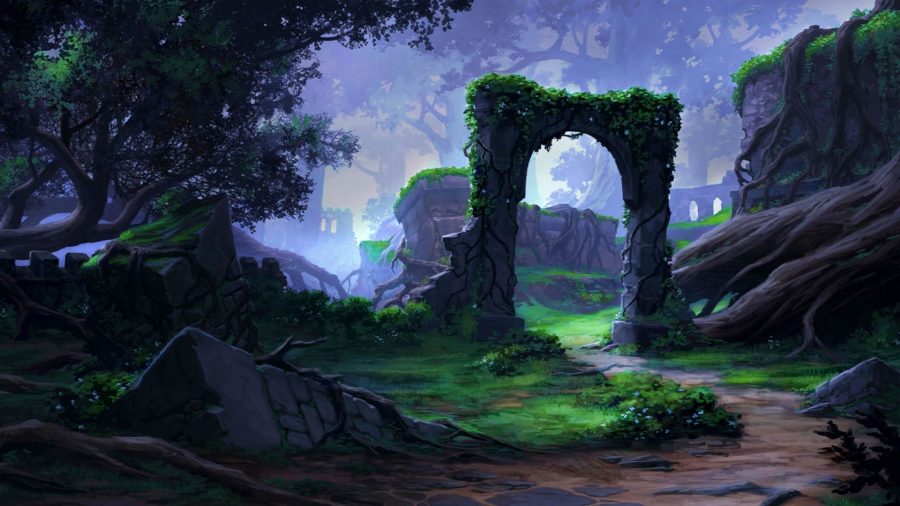 “This goes back to the ‘evolving world’ idea we spoke of in the past as part of the Collaborative Development Program (CDP),” Mosiondz adds. The CDP is a tool Cryptic Studios is using to better gauge the community’s thoughts on certain aspects of the game and increase collaboration with them over its content. “We advance the timeline, and update the world to tell the new story,” Mosiondz says.

We wanted to lean into the magical qualities of the Feywild

In terms of striking this balance, players will find a mish-mash of old and new in the re-visualised Sharandar, from its key locations and creatures to the characters you meet. Take the new Ruins of Malabog adventure zone, for example. “It’s a little bit early to say too much, but even by the name of the area, you can expect a mix of new and old. By this point Malabog the Fomorian King has been defeated, and his once-great castle is in ruins. But what remains of his forces? Who commands them now? And what do they have against the elves of New Sharandar?”

Additionally, “you’ll see a number of familiar faces, along with some new ones” during the new storyline, Mosiondz says. And, while “there were redcaps, cyclops and trolls under [Malabog’s] command” before, there are “new powerful and magical allies that have joined forces with these brutes,” this time around.

As for how this revamped Sharandar will look and feel, we can expect it to put the dreamy, mystical themes of its Feywild folk centre-stage. “We really wanted to lean into the magical and dreamlike qualities of the Feywild,” Mosiondz explains. “It’s a land of perpetual twilight, but it can still be altered by the nature of the beings who wield power there. In this case, the key villains who have seized control in Sharandar have twisted everything and it’s up to adventurers to help free it from their control.” 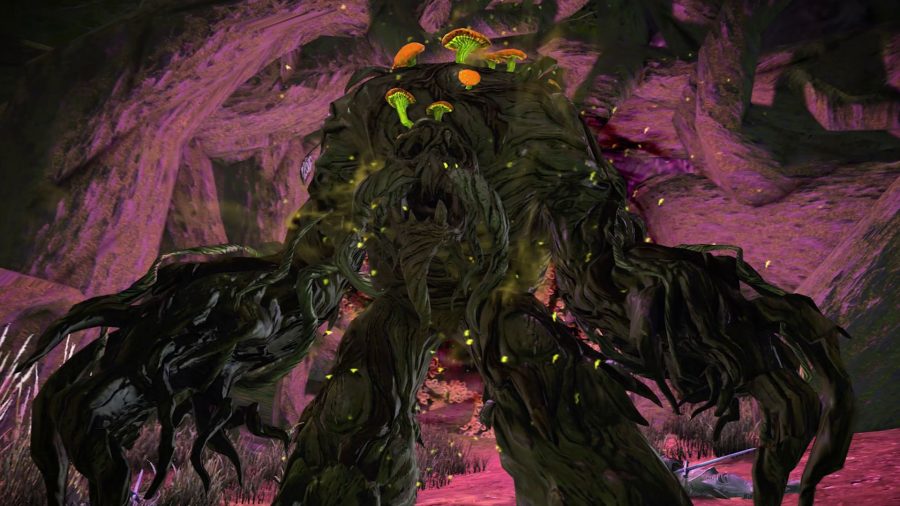 That’s right – these villains will have the power to shape the state of the Feywild’s home. “There are many powerful and ancient beings who exist within the Feywild,” Mosiondz tells us. It’s home to the ageless Summer Court of the Seelie and the Gloaming Court of the Unseelie. There are also other beings who exist outside these courts, who seek to overthrow the old order.

“This is a key part of the ongoing episodic content, and the threats adventurers coming to Sharandar will face when they enter the Feywild once again. These beings possess enough magical power to transform the very fabric of the Feywild – when their power is diminished, the lands revert to their natural state.” Like the Avernus chapter of Neverwinter, which saw the region’s demon-ridden planes redeemed over time, “you can expect to witness this as you progress through the story.”

Sharandar marks Neverwinter’s first-ever three-episode module, and Episode One: The Iron Tooth will give fans a taste of the re-imagined region very soon when it launches February 9 (March 9 for our friends on console).