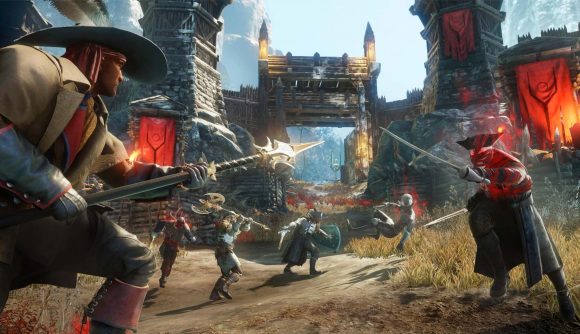 Ahead of the New World release date later this year, developer Amazon Game Studios has been sharing some nuggets of information about the upcoming open-world MMORPG, including how its PvP battles and combat will work. Now, the dev’s posted a blog breaking down New World’s character progression system – and how well you’ll fare in Aeternum will hinge on three key pillars: core attributes, trade skills, and weapon mastery.

That’s according to a new blog post on the upcoming open-world game’s site that explains the first of these is particularly vital. “While you are free to master as many or as few weapons and trade skills as you like,” the dev reveals, “your core attributes ultimately govern a large part of how powerful you are relative to the various hostile creatures and other players in Aeternum.”

“Core attributes” refers, as you might expect, to a bunch of your character’s survival and broad skill-related facets, like strength, dexterity, intelligence, focus, and constitution. You’ll start off with five points towards each of these, and levelling up gives you more points to spend across the attributes, as is familiar in many of the major RPG games around.

The good news is if you decide you want to “respec” your core attributes, you can – all you have to do is part with a little coin to swap your points around, and in the early game you’ll get to shuffle them for free. Sweet. The only thing you’ll need to keep in mind is core attributes are “soft-capped” at 60 points – though you can use trinkets to climb a little higher.

Trade skills, on the other hand, cover a smattering of abilities across three main categories – gathering, refining, and crafting – which include things like mining and harvesting goods from Aeternum’s land, then turning them into something useful. Invest in these and you’ll get the opportunity to smith your own weapons, armours, trinkets, ranged weapons and ammunition, potions, food, furniture, and more. These items all have various levels of power that you can unlock by levelling up and mastering making them. 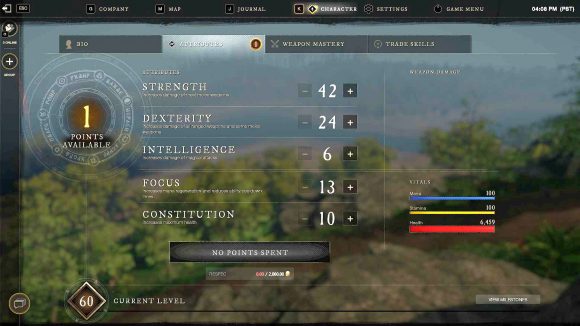 Last up, weapon mastery is pretty self-explanatory: battling creatures in the field gives you XP towards that weapon’s mastery, which you spend to reach the top level for each type. “Each weapon mastery has 2 skill trees, and each skill tree has a selection of active abilities, passive modifiers, and bonuses that are exclusive to that weapon,” the post explains.

However, you won’t be able to unlock everything between the two mastery trees, the studio explains, so you’ll need to pick wisely. Like core attributes, though, you can re-allocate points and undo decisions: “if you want to try out a different build for a weapon, you can respec its mastery trees in exchange for some Azoth”. Phew. 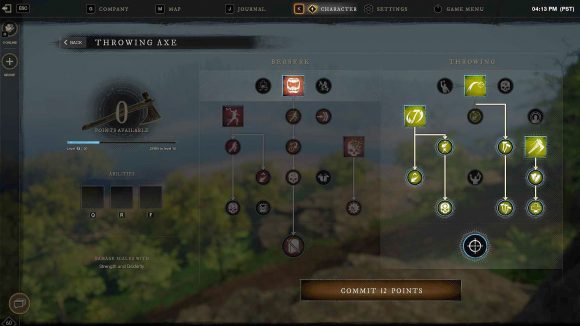 “You will arrive to Aeternum battered and weak, but by venturing into this daunting and supernatural land you will find your power and forge your destiny,” the post explains. Gulp.