Amazon Game Studios’ much anticipated MMO has been in development for quite a while, but now the New World release date is drawing near. For the unfamiliar, the game is set on a magical island called Aeternum in the 17th century, where “the fundamental laws of life and death don’t apply”. Players have been shipwrecked on this mysterious land, and make use of the rare material found there – ‘Azoth’ – to become increasingly powerful.

There are no classes in New World, however – instead, you can customise your build by choosing to specialise in particular weapons, increasing your attribute points when you level up, and investing time in trade skills. The combat is designed to have a high skill ceiling, requiring you to aim your hits, and dodge or parry your foes’ attacks – you can even beat higher level players in PvP if you outplay them.

New World has been through a few beta tests, so while many of the game’s systems have been finished, it is possible that they will receive substantial tweaks before the New World release date arrives. Here’s everything coming to the new MMO this summer.

The New World release time for each region is as follows: 8am PDT for US West / 8am EDT for US East / 8am CEST for EU / 8am BRT for South America / 9pm AEST for Australia.

Do you need an Amazon subscription to play New World?

No, you can access the game via a one-time purchase. There is a standard edition and deluxe edition available to buy. 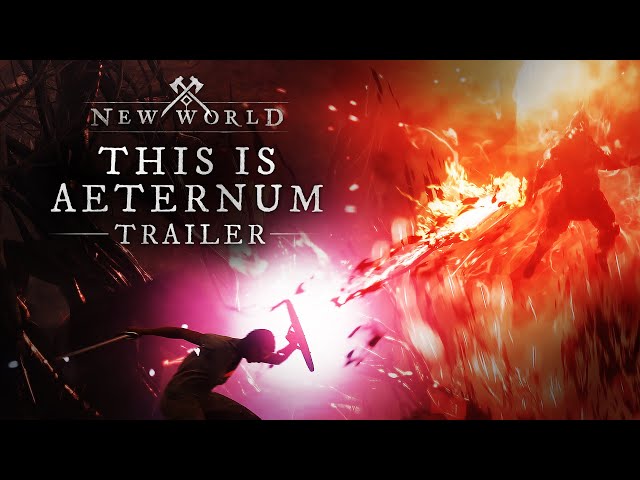 As mentioned previously, there are no class systems in New World; instead, you gain Weapon Mastery by using a particular weapon, eventually unlocking skill points and abilities. You can put points into several weapons, but you are only able to fully unlock one.

Experience gained through combat and questing will also give you attribute points to spend in strength, dexterity, intelligence, focus, and constitution. After spending a set amount of points in one of these attributes – 50, 100, 150, 200, 250, and 300 – you unlock additional bonuses. 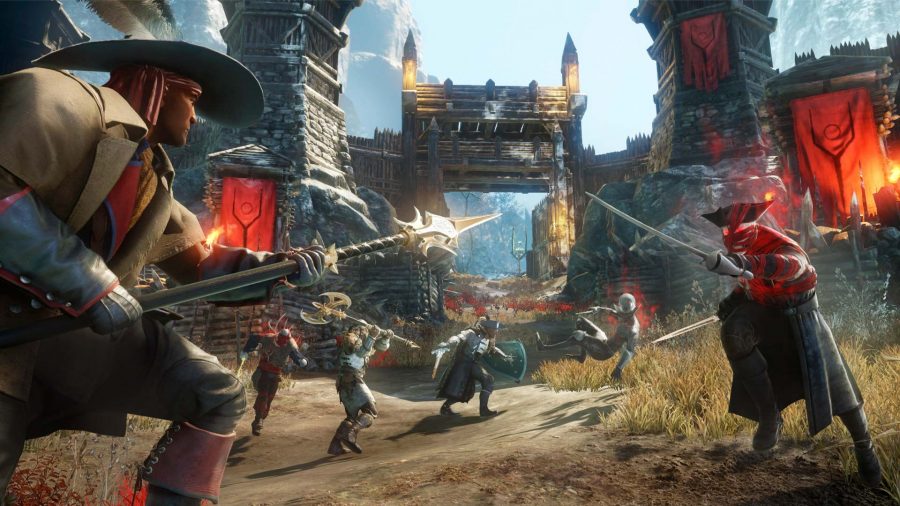 There are four categories of weapon:

For more details on their strengths and weaknesses, see our New World weapons guide.

Combat in New World is slightly different from what you may be accustomed to in other MMOs. You can’t automatically target enemies or cycle through them – you must aim each attack precisely, including projectiles. It’s been compared to Dark Souls, as you must block, dodge, and watch your timing. This makes PVP much more skill based rather than stat based.

Early builds of New World allowed open PvP in which players can kill one another outside safe areas, which led to the player-killers being labelled as criminals. However, this wasn’t enough to discourage high level players from attacking low level players repeatedly, so Amazon Game Studios changed this to an opt-in, faction-based system. There are ‘bonuses’ for enabling your PvP flag, such as better experience and rewards.

There are also New World wars, which are 50v50 PvP clashes, as well as forts, which can be fought over and controlled by different factions. If your faction controls the nearby fort, you gain increased experience and influence in that area, and each fort imparts unique global buffs to the controlling faction.

Players must choose a faction after reaching level 10. The New World factions are: 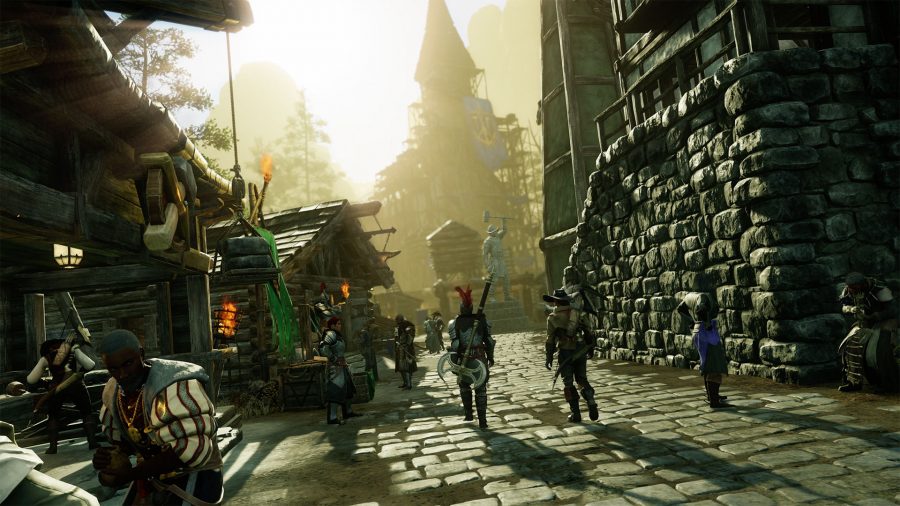 Guilds in New World are known as companies, and they can take over plots of land, building them up into towns and cities. You can only join a company of the same faction. Players can purchase New World player housing in settlements. They can also be attacked by rival companies – in sieges – or by NPCs. Fortunately, if control of a settlement is lost, your personal housing will not be taken over.

Expeditions are instanced dungeons that drop unique weapons, armour, and materials. They’re designed for small groups of up to five players. To access expeditions, the party needs a Tuning Orb, which you can craft or acquire as a mission reward. If you want to play with friends in New World, this is the co-op experience.

Related: How to fish in New World

There are also gathering skills: mining, skinning, logging, and harvesting; and refining skills: smelting, stonecutting, woodworking, leatherworking, and weaving. We’ve also got a guide on how to make money at New World trading posts.

That’s everything we know about New World – if you’ve got the itch to explore new lands, why not have a wander around one of the best open world games?

Can you run New World? Check your PC against the New World system requirements at PCGameBenchmark.