Wondering which faction you should pick in New World? After picking your New World server, one of the most important choices you’ll make in the open-world MMO is your faction allegiance. If you’re unfamiliar with Amazon’s new game, there’s a few things that distinguish it from your usual MMO game; there are no classes, you can only have one character per server, and the player base is split into three factions: Marauders, Syndicate, and Covenant.

The faction you choose has a big impact on your gameplay. After selecting one, you cannot join a different faction for the next 120 days, and you are restricted to joining companies – guilds, essentially – that match your faction. If you opt-in to New World PvP, you can be attacked by players of rival factions while outside safe areas.

You can also represent your faction in Wars, 50v50 PvP battles, over control of a settlement. The winner gets to be in charge of the settlement’s development and tax rates, and also receives buffs in the local area. So, there are plenty of reasons to pledge your allegiance – but how do you decide on your New World faction?

How to pick a faction in New World

In order to pick a faction, you must complete a series of beginner quests. After speaking to each of the three faction representatives in your local settlement and completing their introductory quests, you can then choose one to join.

If you’re playing with a group of people, or know any players who have already chosen a faction, we strongly recommend you choose the same one – unless you want to fight against them, of course. You can only join companies that belong to your faction. If you don’t know anyone else playing and want to be part of a community, keep an eye out for companies that are recruiting members.

It may be worth taking your server balance into consideration when selecting a faction. Picking the biggest faction on your server means you’ll get more bonuses as you play, but you have a lower chance of being selected for wars or encountering enemies in open world PvP. Picking one of the ‘underdogs’ means you can team up against the biggest faction and are in with a better chance of staking a claim for your own company if you manage to wrest back control of the area.

If the server balance is more or less equal, and you don’t have any pre-existing allegiances, we recommend you choose the faction you prefer the lore and feel of.

Can you change your New World faction?

Yes, you can change your faction in New World. However, you cannot change to the faction that holds the most territory, and you can only change once every 120 days – still a substantial commitment, but a little less daunting than being locked in forever. 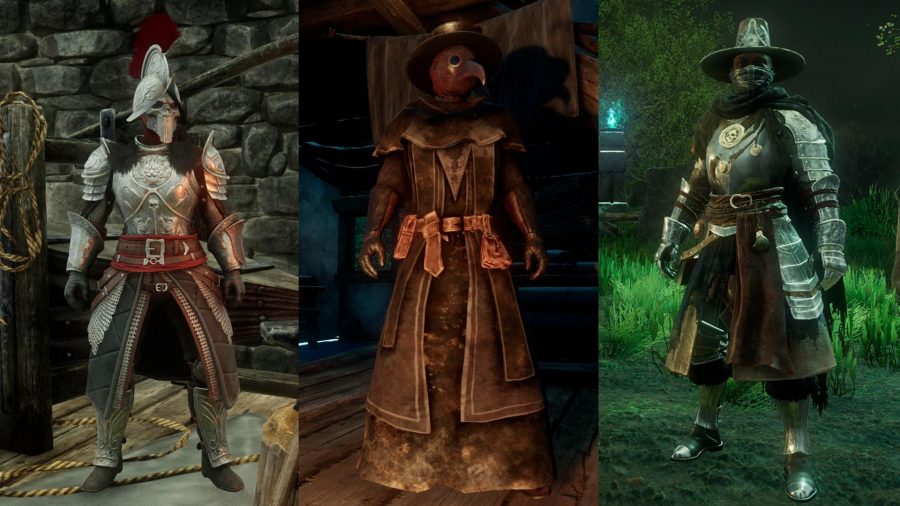 The factions in New World are:

Marauders are a ‘ruthless military force’ who seek to use their strength to obtain freedom. If you’re looking to flex your muscles and strongarm your way to the top, Marauders is the place for you.

The Covenant are a ‘fanatical order’ on a mission to cleanse the land of impurities and heretics and restore justice. If you enjoy being holier-than-thou and smiting sinners, Covenant is the team to join.

The Syndicate is a ‘secretive organisation of boundless guile and intellect’ – if you prefer skulking around obtaining secrets behind everyone’s backs, you’re in good company with them.

You’re now ready to make the big decision – best of luck in your adventuring in Aeternum. If you’re in need of more guidance, we’ve got a guide to the best New World weapons – and if you’re planning on teaming up, here’s how to play with friends in New World.