Looking for a New World beginner’s guide and tips? Amazons’ new MMO is finally here, so it’s time to jump into New World and get started with leveling up a new character.

If you’ve never played the beta, that puts you at a bit of a disadvantage when it comes to figuring out how to level up quickly and deciding which New World weapons are worth investing time into. For the most part, it’s easy to learn as you go, but there are a few beginner tips that will improve your experience as you begin your questing in Aeternum. Bear in mind, however, that these tips are all based on closed beta gameplay.

Before you log in for the first time, there’s one thing you should know; after finishing the tutorial, you will randomly spawn on one of four starting beaches in four different territories, and that’s where you’ll spend the first 12 or so levels. Therefore, if you’re planning to play with friends, you run the risk of being separated from them at the start of the game – read our guide on how to play with friends in New World in order to avoid this. Now you’re ready to jump in – here’s everything you need to know.

Most of the controls are self explanatory, but there are a few things you may miss.

We also recommend enabling the gameplay setting ‘show extra ability cooldowns’, as this brings up a radial timer in the centre of the screen to show you when your skills are available again. 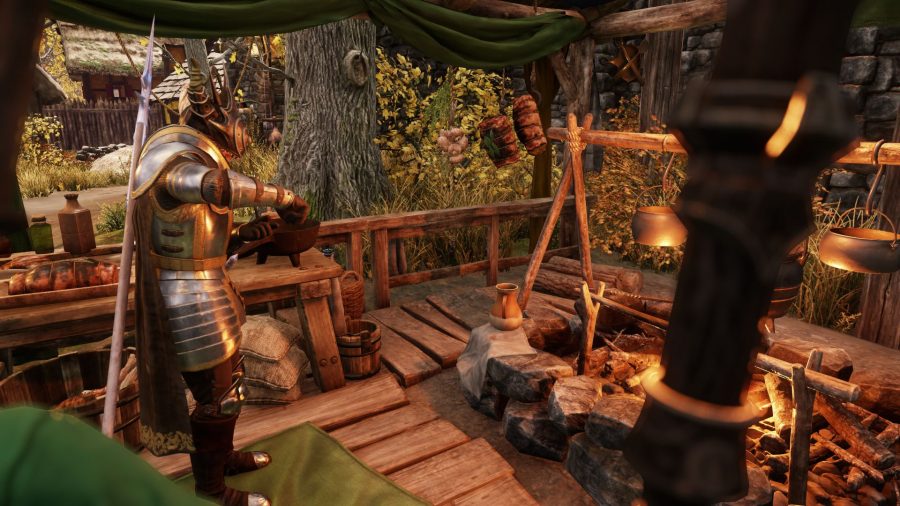 You can increase the weight you can carry in your inventory by equipping a satchel. These can be made at Outfitting Stations using the armoring skill. We recommend you make a ‘coarse leather adventurer’s satchel’ as soon as possible. They require 45 coarse leather, 25 linen, and ten iron ingots.

Trying to figure out how to make linen? First, you need to find hemp, so bring up your map and select ‘resource locations’ on the left – you’ll be able to see the types of areas in which hemp spawns. Harvest the hemp with your sickle, and then turn your fibres into linen at the loom.

As you level your gathering abilities, you become able to track certain items – the higher level you are in each skill, the further away you can detect them.

Free resources, like milk and leather, are available daily from every settlement your faction controls.

You can check all trade posts from any single trade post, so you can decide if it’s worth making the journey to another settlement to get the best price.

If you’re wondering how to make fish filets in New World, this couldn’t be more simple – salvage a fish in your inventory. There’s also a chance to get fish oil from salvaged fish. 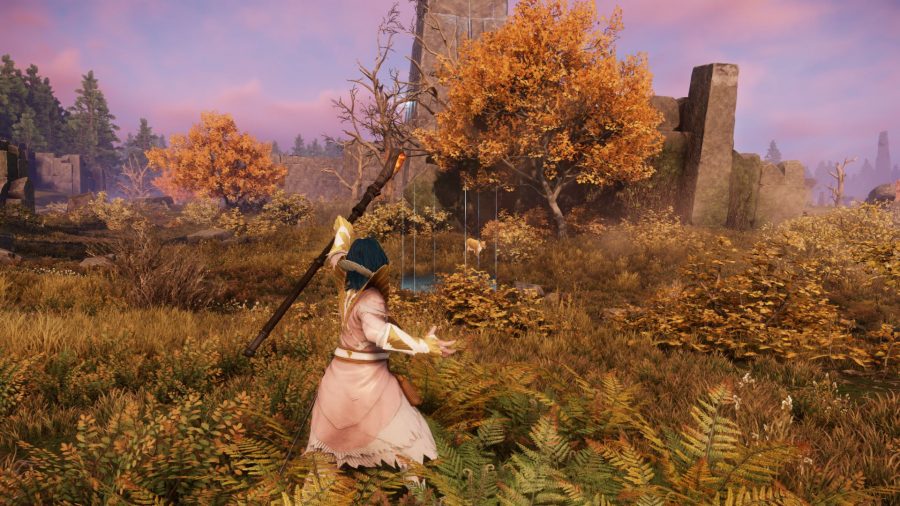 Everyone starts with a sword and shield equipped, but when you decide to try out some new weapons, you’re probably going to leave that shield strapped to your back. This actually doesn’t do anything for you except increase your equip load. Your equip load is what determines the class of armour you’re wearing, and each class offers different benefits:

If you’re after the best gear, we recommend equipping faction gear, as it’s relatively easy to get hold of. If you’re completing several PvP quests at once, though, keep an eye on your faction tokens – there’s a cap of 3000 tokens initially until you unlock a higher cap, so make sure to buy enough to keep yourself below this cap, even if you can’t equip it yet.

There are five different enemy types in the game, and nine damage types. Here’s how they all interact:

If your weapon has a gem slot, you can convert the type of damage your weapon does by equipping New World gems.

As you fight enemies, you can tell how effective your damage is by the colour of the number that comes up:

While you’re out and about questing, we recommend eating regularly to receive the ‘well fed’ status, which heals you over time. 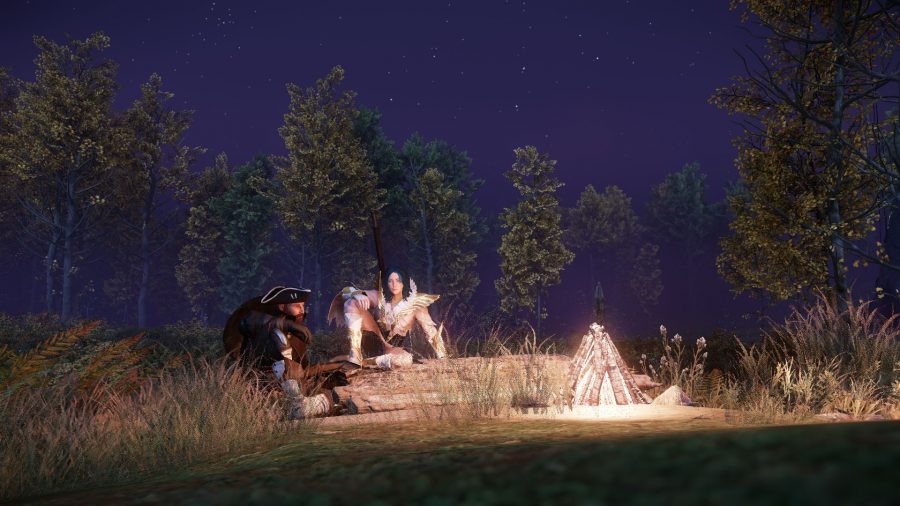 You can set up a camp anywhere outside of a landmark region. You’ll be able to respawn at your camp if you die, and you can also heal and cook at the camp – once you unlock a higher level of camp, you can unlock better recipes for on the go.

Don’t forget to keep an eye on your leveling tab – that’s where you receive quests to upgrade your camp once you reach the appropriate level threshold.

Azoth – how to fast travel in New World

Azoth is a powerful mineral with a few uses:

You will receive Azoth as you complete the main quest, but it’s not readily available, so don’t spend your Azoth carelessly – it’s worth saving up and using strategically.

You can also fast travel to inns that you have checked into for free once an hour. Here’s how to find every New World fast travel location.

Those are all the tips we’ve got for now, but we’ll let you know if we stumble upon any more pearls of wisdom. Before you jump in, here’s how to pick a Faction in New World, and our guide to the first New World dungeon, Amrine Excavation, as well as where to find briar branches.