Placed in a different starting zone to your friends in New World? Amazon’s new MMO is currently live, and – as we all know – starting out in a new MMO with friends can be a lot of fun. However, in New World, it isn’t necessarily as easy as it may first appear.

After creating a new character and playing through the tutorial, you’re then stranded on a sandy beach littered with shipwrecks. However, there are multiple beaches upon which you could find yourself spawning at the start of the game. This means that even though you’ve created a character at the same time as your friends, you could end up miles apart when you spawn in.

Still, distance isn’t too much of a barrier; sprinting across a treacherous map to reunite with your buddies isn’t impossible, even if you run into a grumpy alligator and die once or twice. The real problem is that you are locked in to the starting quests in your zone, so even when you’re reunited with your pals, you won’t have the same quests or be able to progress together – that is, unless you follow this handy tip.

How to play the New World starting area with friends

Once you’ve completed the New World tutorial, you spawn at one of the beaches, and are tasked with handing in your quest to the NPC by the watchtower. After you hand in the quest, do not accept another quest from the NPC. Instead, exit the conversation, and you’ll see that you can accept the next quest from any of the watchtowers on any beach. Time to make the perilous trip over to your friends… or you could persuade them to come to you, after all, you’re the one who looked up the solution, you’ve done your part. 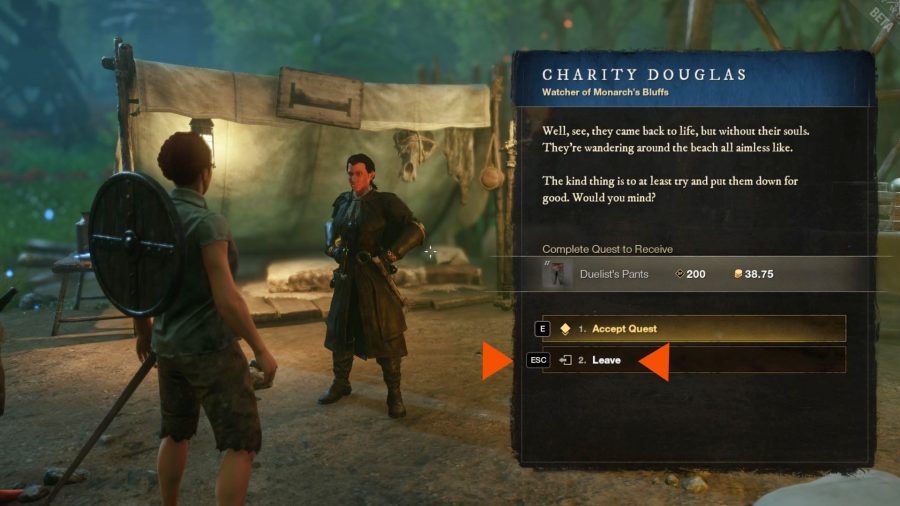 If you’ve already accepted the quest chain, there isn’t much you can do – the starting quests converge when you search for the Mysterious Old Man, so you’ll have to play through the quest chain alone until you reach that point. If you plan to play with friends, remember to join the same New World faction so you can join a company together and participate in New World Wars.

Alternatively, you and your friends could remake your characters until you end up in the same starting zone. This may be faster than walking, and you don’t run the risk of being taken down by enemies on your long trek across the map.

Now you’re ready to begin your journey in New World, take a look at our New World beginner’s guide and New World leveling guide to help you get started successfully.