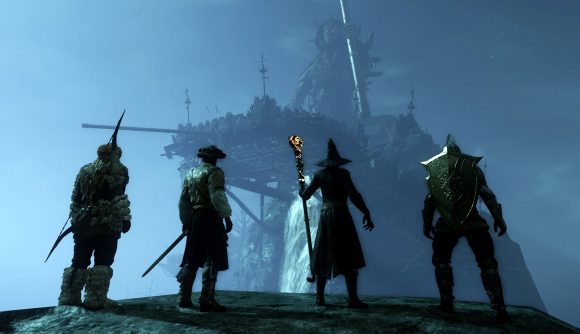 A New World region transfer option could be coming to Amazon’s MMO after all, despite multiple back-and-forths and the most recent statement saying this was “not possible”. According to Amazon, the team is “gauging interest” in the feature – so if players want region server transfers they need to let the developer know.

The saga of New World’s server transfers feature has been almost as epic as the game itself. After the game’s servers got clogged by the influx of new players at launch, Amazon Game Studios promised a free server transfer to all players so they could move to a less populated one. After multiple delays, the feature is finally available – but the one thing players can’t do is change server regions, despite Amazon previously stating that they’d be able to do so.

Amazon also said that “each region is a separate database and it is not possible” for players to move characters between regions. However, perhaps due to player backlash to this decision, the developer says it is now “gauging interest in cross-region transfers”.

As posted on the New World dev blog today, cross-region transfers “is a feature in development” but Amazon wants players who want to see this feature and make use of it to get in touch. “Alongside your input and development,” the post reads, “we need to perform validation and scale testing to reduce the chance of edge cases.” The thread currently has around 300 replies.

The post also says that “a second round of server transfers” is planned for sometime this year, due to all the problems with the first one. Hopefully the next will go a lot more smoothly this time.