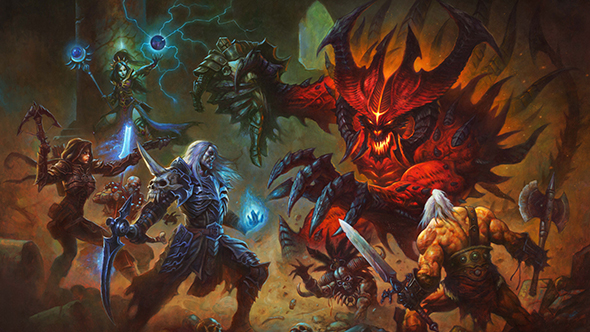 Blizzard are looking to expand the Diablo team, as they’re hiring for a variety of roles tied to production of more Diablo stuff. If you want to run away with wild expectations, you might suspect that’s Diablo 4. If you want to be more reserved, you may prefer to think about new expansions or smaller DLC for D3. Either way, it’s safe to say more content is on the way for Diablo fans.

These are the best RPGs on PC.

Chief among those recently-added positions is an associate producer, handling all the managerial duties you’d expect from a production role. Experience in AAA production and ARPG games are listed as “pluses.” The preference for AAA experience continues in character artist and senior character artist roles, and the Diablo team will also be staffing up with a variety of software engineering positions. A creative director position is also still hanging around for someone to “steer strategic creative decisions at a franchise level.”

Notoriously, Blizzard like to take things slow, and it’s worth noting that we’ve been reporting on significant Diablo job openings for nearly two years. If the timescale on which Blizzard operate is beyond your puny mortal comprehension, recall that D3 launched in 2012, Reaper of Souls in 2014, and Rise of the Necromancer in 2017, during which we’ve seen many similar positions come and go.

But given the long-suffering nature of modern Diablo fandom, here’s your reminder: Blizzard is still working in its action RPG franchise. Blizzcon might’ve been a bust for Diablo fans, but there is more on the way.