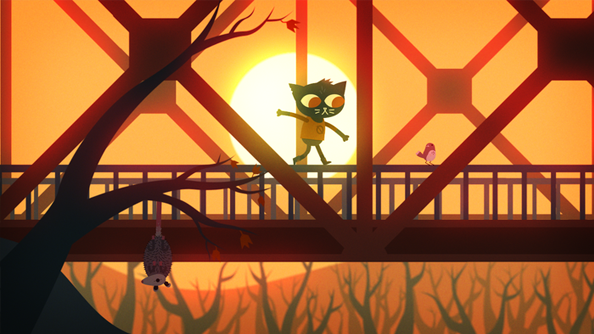 The moody and beautiful adventure Night in the Woods was named Best Independent Game at the Independent Games Festival Awards held March 21 during the Game Developers Conference in San Francisco.

Night in the Woods was one of our favorites last year, and you can see our complete list of the best games of 2017 here.

Between the Seumas McNally Grand Prize and the award for Excellence in Narrative, Night in the Woods developers Infinite Fall head home from GDC $33,000 richer.

Night in the Woods features striking art and a memorable soundtrack, telling the story of Mae, a cat who returns to her rust-belt hometown after dropping out of college. It was developed following a successful Kickstarter campaign and launched February 21, 2017.

Here’s the full list of award winners, along with prize amounts:

You can find more information about the IGF at the organization’s official site.