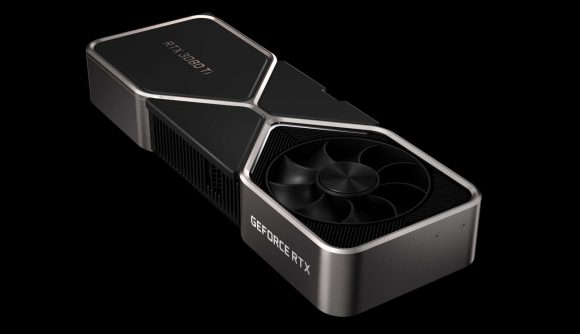 Nvidia’s RTX 3000 series graphics cards have been with us for almost a year now, but we’re already starting to see the rumour mill spin up. While previous whispers come packed with details about the RTX 4000 series’ GPU architecture, a fresh leak has potentially revealed the  card’s release date.

According to leaker Greymon55 (via Videocardz), Nvidia’s shiny new RTX 4000 series card could be with us by “October next year”. Essentially, this means Nvidia’s Ampere successor, codenamed ‘Lovelace’, could launch in late 2022. However, the tweet doesn’t explicitly mention whether this is a release date or an announcement.

Of course, Greymon55’s fuel for the rumour pyre also covers Nvidia’s existing RTX 3000 range. Specifically, they point towards a revamped Super series of mobile RTX 3000 cards that could begin appearing in gaming laptops in early 2022. Although, as usual, it’s probably best to take any rumours of Nvidia’s 2022 plans with a grain of salt until the company makes an official reveal.

The potential release of Nvidia’s RTX 4000 cards and 3000 series Super refresh will undoubtedly shake up the realm of PC gaming. Yet, we’ll need to wait and see what both these options actually have in store for us. While the RTX 4000’s new Lovelace architecture could utilise TSMC’s 5nm process nodes, there are rumblings of Nvidia switching things up with an alternative GH202 Hopper architecture. 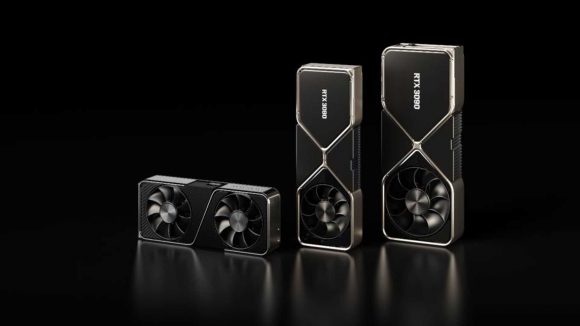 In contrast to this, the souped-up RTX 3000 Super editions are likely to stick with Ampere architecture. This leak only points to mobile models rather than their desktop counterparts, but that doesn’t mean we won’t see discrete Super variants accompanying the RTX 3060 Ti, RTX 3070 Ti, and RTX 3080 Ti in the future.

Providing Greymon55’s leak is legitimate, it’s safe to say that Nvidia will have a busy year ahead. However, while Nvidia seems to be gearing up to release a range of next-generation graphics cards, AMD has suggested that it will also be showing up to the GPU gun show. In July, AMD’s CEO Lisa Su substantiated leaks by stating that the company is “on track” to release its Zen 4 CPU and RDNA 3 GPU at some point next year.