Nvidia has released the GTX 1650, its latest Turing-based graphics card, to about as much fanfare as the Sultan of Brunei unveiling their new LGBTQ ambassador. Nvidia’s high volume sub-$150 card seems to have been more or less been released as little more than a footnote to its new line of mobile Turing GPUs.

Nvidia has only released supporting drivers today, meaning press reviews are inevitably delayed post-launch, and today’s press release, also detailing the new mobile GTX 16-series graphics cards, only gets around to mentioning the existence of the GTX 1650 in desktop form on its third page in a blink-and-you’ll-miss-it four line paragraph.

That makes the GTX 1650 a great drop-in upgrade for any off-the-shelf PC, allowing you to turn your boring black box office machine into a 1080p gaming rig for just $150, and without having to do anything more invasive than simply dropping the card in and hooking up your monitor.

Except that we live in a world which still has a lot of AMD RX 570 graphics cards floating around in the channel for a good chunk of change less than the new GTX 1650. The second tier, second generation Polaris GPU was a mean gaming chip when it first launched, offering frame rates only just short of its bigger RX 580 sibling. And, despite the fact we’re a couple of years on from its launch, the RX 570 has found a new lease of life at its new budget positioning.

For the last six months at least it’s been the best budget graphics card you can buy, and it doesn’t look like that’s going to change with the launch of the GTX 1650. Which might explain why Nvidia seems almost intent on burying the release of its latest GPU… 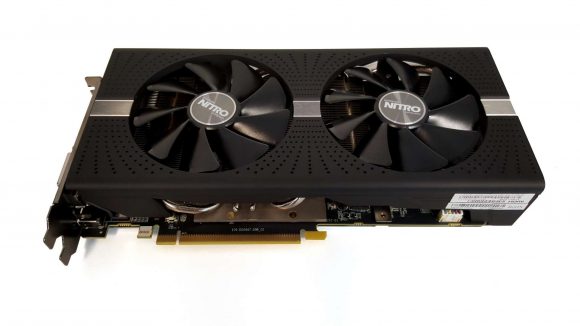 In its own press materials Nvidia claims the GTX 1650 is up to 70% quicker than a GTX 1050 at 1080p. That’s a pretty impressive generation-on-generation speed bump, but considering the RX 570 is at least 70 quicker than the GTX 1050 TI – sometimes up to 85% faster – in our own relative benchmarking, it’s looking like it might be pretty tough to recommend the GTX 1650 when it comes in more expensive and quite probably much slower.

There has been mention of a potential GTX 1650 Ti card, as a result of manufacturer submissions to the ever-reliable Eurasian Economic Commission (EEC). The latest of which shows a bunch of Asus GTX 1650 Ti cards, as well as GTX 1650 SKUs with just 2GB of video memory.

The fact that we’ve seen a huge number of EEC submissions recently which haven’t materialised as actual product makes me rather skeptical that we’ll see any of these proposed GTX 1650 Ti variants. If the standard version is too expensive given its relative performance then a pricier Ti isn’t going to do much to help.

We’ll have a GTX 1650 up on our test bench as soon as humanly possible, but the chance of it beating the performance of an RX 570 is going to be rather minimal to say the least. But we’ll soon know for sure.