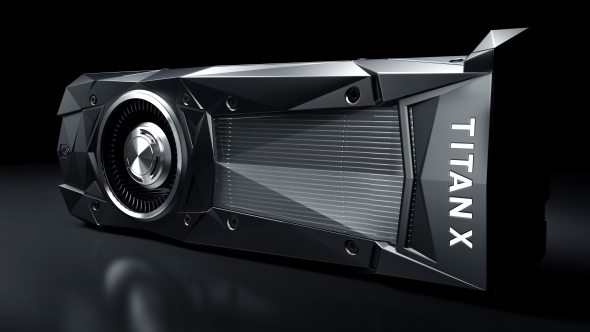 As we predicted after the GTX 1080 Ti launch there’s a new Nvidia Titan in town. The Nvidia Titan Xp has just gone on sale for the same $1,200 the original Pascal-based Titan X was retailing for yesterday.

Read more: these are the best graphics cards you can buy right now.

Named after most people’s favourite Microsoft operating system, the Titan Xp is sporting the full-fat version of the GP102 GPU previously only seen in Nvidia’s Quadro P6000 professional graphics card. That means it’s rocking the full 3,840 CUDA cores to go along with that 12GB of GDDR5X memory.

Nvidia have though boosted that frame buffer over the original Titan X, offering a heady 11.4Gbps of memory speed with just under 548GB/s of memory bandwidth. Aww, and the GTX 1080 Ti thought it was going to be able to hold onto both the fastest graphics card and fastest memory titles.

They’ve also upped the clockspeed of the Titan Xp too, delivering a boost clock of 1,582MHz, making it over 100MHz quicker than the cut-down GP102 chip in the GTX 1080 Ti.

The bad news people is that there is a limit of two per customer. Sorry. 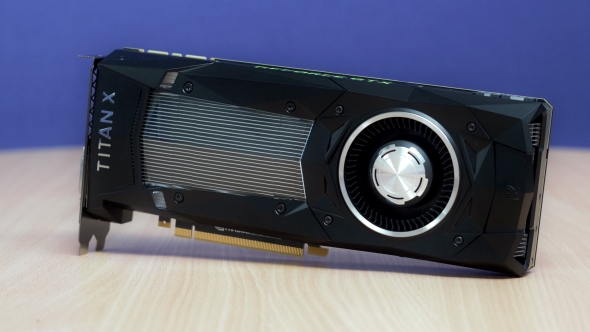 Original story September 30, 2016: There have been a lot of rumours floating around that Nvidia are going to be unleashing a full refresh of their Pascal-based graphics cards next year while we wait for the consumerVoltavariants to launch.

It all stems from a reported forum post on Chinese super-platform, Baidu, by a user calling themselves USG Ishimura. And if you can’t trust the technological ramblings of a person naming themselves after a fictitious, infested space hulk, who can you possibly trust? Someone called Dave? Hah! Of course not…

The post suggests Nvidia are preparing to do a complete refresh of their Pascal range of graphics cards using a more mature version of the GPU production process, which will also allow for higher out-of-the-box clockspeeds. It also states the refresh will mean Nvidia bring the more advanced GDDR5X memory – currently only used in the GTX Titan X and GTX 1080 – down to refreshed versions of the GTX 1060 and GTX 1070.

The upcoming GP107, which is set to power the GTX 1050 and GTX 1050 Ti cards, isn’t expected to get the memory refresh however. Which might go some way to explaining why Nvidia would use the ‘Ti’ suffix for their mainstream GPU and not for the GTX 1060 which also comes in multiple memory flavours. If Nvidia are prepping a GTX 1060 Ti, with GDDR5X memory and a refreshed GPU, that would make more sense than just having two very different versions of the GTX 1060 out with the exact same name as they do now.

There are also suggestions that Nvidia are going to be using the GP102 GPU, the silicon used in the GTX Titan X, across a broader range of products. We’re already pretty convinced there will be a GTX 1080 Ti shipping next year using that GPU, but the mythical space craft forumite also reckons there will be further iterations of the Titan range too.

Some publications are guessing that would mean a cheaper Titan being released onto the market, but realistically that’s the space a new GTX 1080 Ti would be occupying. My guess would be that Nvidia will take the improved yields of a more mature manufacturing process and deliver a GTX Titan that takes advantage of the full GP102 core. 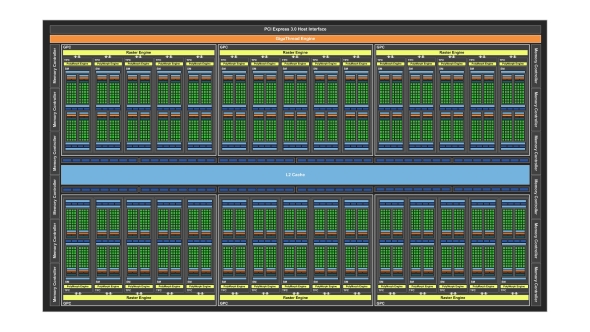 At the moment the Pascal-based GTX Titan X only uses a cut-down version of the GP102. The full 30 SM, 3,840 CUDA core silicon is only used in the Quadro P6000 pro-level card, but being able to offer a $1,500 GTX Titan X Black, which takes advantage of all those cores, would do wonders for their bottom line.

After all, it always pays to create the world’s fastest graphics card every year if you can. And with AMD’s Vega 10 architecture desperately looking to spoil the party in 2017, Nvidia will want to have something up their collective sleeves.

It’s not completely unprecedented either. The original GTX Titan was superseded by the GTX Titan Black a year after launch, using a full version of the GK110 GPU, with 2,880 cores as opposed to the inaugural Titan’s 2,668 CUDA cores.

And it’s not just Mr. Crazy Spaceship who gives these rumours credence. Back in August a Korean news site, Chosun Biz, reported that Samsung had won the contract to produce Nvidia’s next-generation Pascal GPUs on their own 14nm lithography. It wouldn’t make a lot of sense for Nvidia to just switch manufacturing over to Samsung with the current line-up, but starting with the Korean giant manufacturing a refreshed range of Pascal GPUs makes would.

A mature manufacturing process coupled with a very slight die-shrink could well deliver the performance advances a complete range refresh would need. Looks like 2017 is going to be even more manic in GPU terms than this year has been. And I can’t wait.