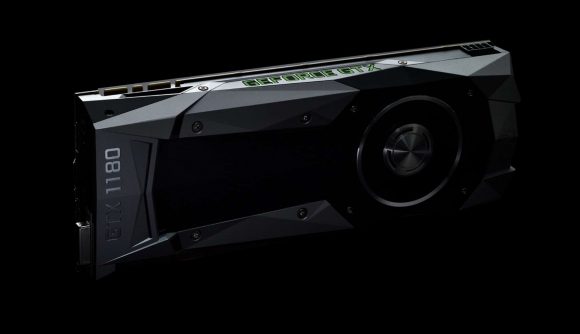 A benchmark for an Nvidia GTX 1180 has appeared in the GFXBench 4.0 database, a sight which has the potential to drive RTX 2080 or RTX 2070 owners staring into the inky GPU abyss. Yes, now that Nvidia has taken the wrappers off the new RTX 2060 graphics cards, with the impressive Turing pixel pusher hitting the shelves on January 15, the rumour mill is once more grinding away on some future GPU.

There has been previous speculation that we might hear about a new subclass of GeForce graphics cards early this year, with the suggestion that the potential 11-series GPUs would utilise the same Nvidia Turing architecture as their 20-series compadres. Which would be entirely sensible if we’re talking about a way for the green team to create lower level graphics cards, below RTX 2060 performance, for the budget gaming crowd. After all, anything under an RTX 2060, in terms of specs list, would be practically incapable of delivering a functional or enjoyable real-time ray tracing experience.

But if Nvidia is looking to create a high-end graphics card with the traditional rasterised gaming performance of an RTX 2080, but without the RT and Tensor cores, then there’s going to be trouble.

The benchmark has been highlighted by HardwareLuxx with the database entry clearly showing the name of the card as a GTX 1180. But interestingly it is also referencing the renderer as a ‘GeForce RTX 2080.’

That could either indicate that this is indeed a high-end Turing-based graphics card with the AI and ray tracing guts ripped out of it… or someone has managed to spoof the GPU name on GFXBench but has been unable to change it within the results. Honestly, I don’t know how easy it is to fool the GFXBench database that way, but I’m having difficulty believing that after all its RTX-based struggles Nvidia would alienate all its current high-end 20-series customers by offering a potentially cheaper, but similarly performing 11-series card. 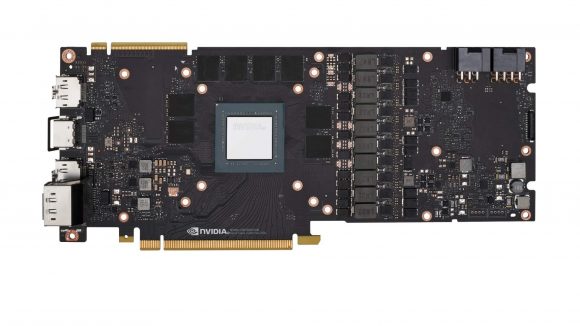 There are a lot of smart people at Nvidia, and they would know that by producing a GTX 1180 that can keep up with an RTX 2080 in traditional rendering – as the side-by-side performance figures exposed by VideoCardz seem to show – then the company would be selling the RTX initiative down the river.

Doing so would seriously harm the spread of ray tracing, and give developers even less incentive to bother coding for DirectX Raytracing (DXR) in the future. It’s only chance is for Nvidia to fully support DXR on all its high-end cards, and in that way encourage the entire ecosystem to get on board as there will be an increasing number of DXR-capable GPUs in people’s systems around the globe.

But if you give people the option not to pay extra for some hardware that at the moment is only being used in one multiplayer shooter and an old Final Fantasy game, then they’re almost all going to take the cheaper card without it.

Essentially, these rumours either have to be bogus or real-time ray tracing will inevitably go the way of VR and 3D gaming.