Just days after revealing its new GeForce RTX 30 series line-up, Nvidia is keen to display what its bad boys can do, and what better game to choose than id Software’s Doom Eternal? Putting Ampere to the test, the new trailer from the green team shows Doom Slayer going about his daily routine of blasting demons in crisp 4K with the settings cranked up to maximum, maintaining a triple digit frame rate thanks to the brand new RTX 3080.

During its presentation, Nvidia claimed its RTX 30 series is the biggest generational leap the company has experienced, complete with staggering performance gains and a competitive price to boot. We’ve yet to see real world benchmarks, but comparing the RTX 3080 to the current king, the RTX 2080 Ti, sure gives us the best look yet.

While the frame rate counter fluctuates throughout the video, the hardware barely breaks a sweat, with no stutters in sight. It’s not quite Doom Eternal running at 1,000fps, but it’s unprecedented quality at a silky smooth frame rate.

The RTX 3080 seems to offer some of the best value for money from Nvidia’s new range of graphics cards, at least on paper, but it’s amusing to think just how far the monstrous RTX 3090 would push the game.

You can watch the trailer for yourself below: 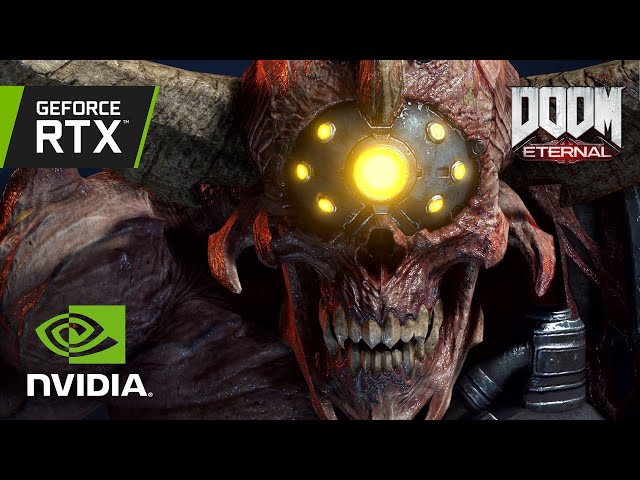 Nvidia is set to release its next generation of Ampere powered graphics cards on September 17, with the RTX 3080 costing $699/£649. This leaves you plenty of time to pick up a new GPU ahead of Doom Eternal’s Part Two DLC, provided that you like what you see.