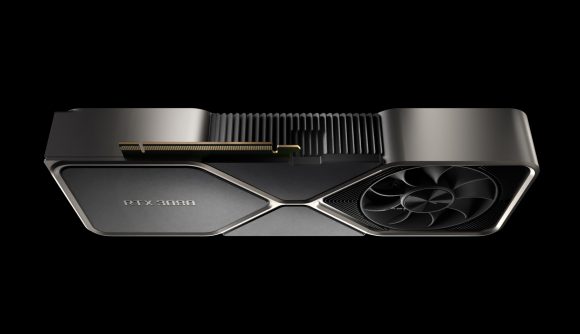 Nvidia’s RTX 30 series lands tomorrow, and after a short delay to account for logistics, reviews for the RTX 3080 are now available for your viewing. But with a range of lofty promises from Nvidia president Jensen Huang, do the first impressions live up to expectations?

During its reveal, Nvidia boasted that the RTX 3080 not only dethroned the 2080 Ti from pole position, but that it would dwarf the previous king by a considerable margin in the company’s biggest generation leap yet. Early benchmarks proved positive for the flagship, but Ashes of the Singularity, CompuBench, and Geekbench 5 aren’t exactly representative of real-world performance, and don’t shine a light on the 3080’s ray tracing capabilities reportedly being double that of its predecessor.

Thankfully, those looking to upgrade might very well be safe to do so, as reviewers are giving the thumbs up across the board. As you could’ve guessed, the verdicts are slightly more tame than the reveal’s marketing, but Ampere’s watt-for-watt performance does comfortably strip Turing of its title.

Much more testing is needed before we can come to a definitive conclusion, and there are several factors to take into account (such as resolution, graphics presets, DLSS 2.0, and RTX on versus off), but so far we’ve seen:

As expected, those numbers don’t quite hit the highs touted by Nvidia, but the real value comes from the RTX 3080’s $699 / £649 price tag, which is staggeringly low for what it offers.

After a long time waiting, it looks as though the gateway to high quality 4K gaming has finally been opened, no longer requiring you to sacrifice resolution for frames (or the other way around). And it’s relatively affordable, too. Go figure.