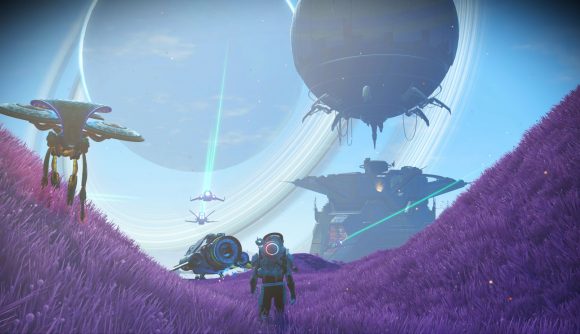 With the latest VR headsets hitting resolutions as high as 5K, finding the best graphics card to handle the high demands of virtual reality is more important than ever, even if it’s easier said than done with current stock woes. Fortunately, Nvidia’s deep learning super sampling (DLSS) technology has finally reached the platform, helping you boost fps in a handful of VR titles.

Days Gone might not have DLSS or ray tracing, but its Game Ready driver ushers in DLSS support for nine new titles. You can play three of these using the best VR headset, including No Man’s Sky, Wrench, and Into the Radius, all of which feature impressive gains with the feature switched on.

Nvidia says it doubled the performance of No Man’s Sky to a stable 90fps using the ultra preset on an RTX 3080 and Oculus Quest 2, and the desktop mode gets a 70% boost at 4K resolution. Wrench saw an even bigger 80% improvement with DLSS in VR mode, lowering the performance tax of ray tracing. These are Nvidia’s internal tests, however, so take these numbers with a pinch of salt.

The best part is that you don’t need the latest GPU, either, but you do need an RTX graphics card to enable DLSS. Those over on the red team or rocking an older GTX model will need to wait for AMD’s FidelityFX Super Resolution to arrive, potentially in June – although we don’t yet know what games will support it.

Let’s hope Nvidia keeps adding support for more of the best VR games, as we’d love to see DLSS in Half Life: Alyx. Microsoft Flight Simulator is another game that could benefit from support, particularly in VR mode.