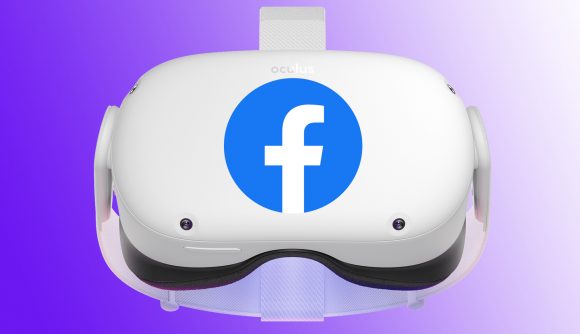 The Official Oculus Quest 2 website is no more, as Meta pushes ahead with its best VR headset rebrand. Yet, it feels like the metaverse-themed company is having something of an identity crisis, as the old domain name redirects VR game fans to a Facebook storefront, complete with a “Welcome to the new Meta store!” banner.

If you’ve been keeping up with the Oculus Quest 2 rebrand, you’ll know that the official site domain was the brand name’s last stand. The social media giant previously changed its Twitter domain name to align with its new metaverse identity, and the company’s VR headset now features a Meta logo on the front. The Quest 2’s new online home is the last piece of the Oculus retirement puzzle, but it seems that Facebook integration is still part of the VR platform’s bigger picture.

The new Meta Quest 2 hub features different decor compared to the old Oculus site, and the VR headset actually shares dwellings with other Facebook family products, like the Meta portal and Ray-Ban stories smart glasses. Those looking to purchase a Quest 2 will now have to use the social media platform, but you can still access orders made before April 25 2022 using a “login without Facebook” sign-in page.

The original Oculus Quest 2 page featured a layout that focussed on the company’s current VR offerings, but the new page is seemingly structured to accommodate new devices. This could help the company list new devices like the Oculus Quest 3 and Project Cambria alongside its existing virtual reality goggles.

The Oculus Quest store’s Facebook redirect serves as a reminder that the headset is intrinsically linked to the social network. Whether or not this will push critics of the social media platform away from the device remains to be seen, but the fact more users picked up a Valve Index than a Quest 2 in March could indicate a shift away from new Meta-owned devices.