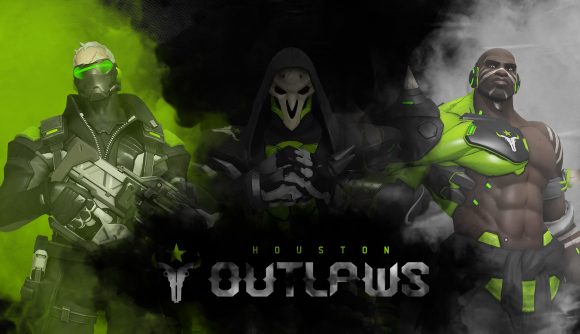 Just as crunch time hits for the leadup to the 2020 Overwatch League season, the Houston Outlaws are having to move their training facility. It seems neighbors – or at least, a certain neighbor – didn’t like the noise, foot traffic, and parking situation that resulted from having a professional esports training facility in the neighborhood.

As our sister site The Loadout has reported, Houston Outlaws general manager Matt Rodriguez let fans know what was going on via Twitter January 9. Neighbors in the upscale neighborhood in the Woodlands, just north of Houston, complained that the team using the house as a training facility was a violation of community covenants.

“Neighbors wanted us out so bad they sent TV reporters to the front door to harass our employees today,” he tweeted. “We’re just trynna game. Unfortunate.”

Local Houston NBC affiliate KPRC2 sent one of those TV reporters to the training facility, which their report describes as “actually just a big, beautiful rental home with a bunch of computers stuffed inside.”

Neighbors have complained about parking, foot traffic, and noise associated with the Outlaws training activity, but Rodriguez says team management made it clear with local officials and homeowners what their plans for the rental property were, and that all the necessary approvals had been secured.

“We made all of our plans and intentions very clear from the start with the realtor, the township, and everyone involved,” he said. “We didn’t like cut any corners here of fudge paperwork it was actually just unlucky.”

The silver lining of today is no players or staff were living in that house so nobody's homeless, and we already worked with the town to find office spaces nearby to use for the year.

Rodriguez speculated that the issue may have been down to one particular next-door neighbor.

KPRC 2 reports that the issue will be taken up by another committee in February, but it sounds as though the team plans on moving to a new facility and avoiding the hassle. The 2020 Overwatch League season begins February 8.