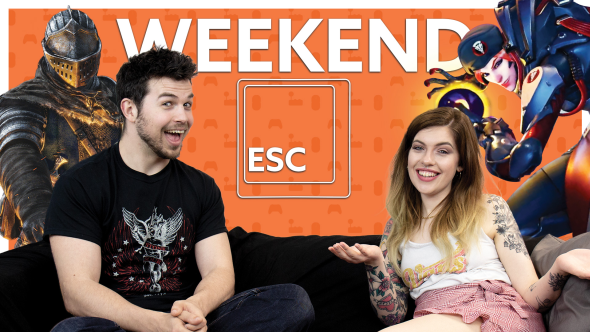 It takes a lot for a remaster to get our attention in PC gaming, where a game is often just a graphics mod away from looking ten years younger. So you know the five we’ve highlighted in today’s episode of the Weekend Esc have seen some pretty impressive renovations. Join Alice and Rich for a rose-tinted jog down memory lane, and stick around for the news – it’s all going on in Overwatch.

Catch up with the Weekend Esc on YouTube, where you’ll also find lots of other PCGamesN videos. They’re very moreish.

The changes kick into gear on Tuesday, when Overwatch goes to Venice for some PvE Retribution. But the build-up has started already, with a comic following the retaliatory kidnapping of a high-ranking Talon official. Honestly, they should’ve called this event Lore and Order.

Busy though Jeff Kaplan evidently is, he’s found time to play hundreds of hours of PUBG. So he’ll be chuffed about the upcoming PUBG patch that allows us to spectate our killers, just as we do in Fortnite.

Wrist feeling a little bare? We’re giving away a Final Fantasy XIV Stormblood watch on the show this week, and a bag to match. To enter, simply interact with the widget on this page by completing one or more of the actions suggested. We only ask for your email address in return, so that we can contact the winner.

If World of Tanks is more your bag than, er, bags, take a look at our site giveaway too. May your Friday zoom by at 60fps and your weekend blossom in 4K.