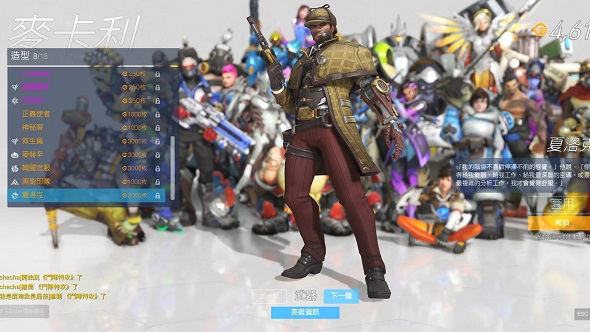 The Overwatch reddit is abuzz today over what appear to be leaked images of the legendary skins coming with the anniversary event that begins next week. In addition to Venom Soldier: 76, which Blizzard have already confirmed, there appear to be legendary skins for Tracer, McCree, Brigitte, Symmetra, Doomfist, Junkrat, Torbjorn, Orisa, and Bastion.

Reddit user u/digitai1234 says they found the images on the Taiwanese Overwatch Facebook group, and the text appears to be Mandarin. The designs for Soldier:76, Tracer, and Junkrat all match leaks or confirmations we’ve heard before.

McCree is getting a Sherlock Holmes-inspired huntsman costume, with steampunk detailing and pinstripe trousers. Brigitte’s legendary skin is also hunter-themed, with a bear fur and blonde hairstyle.

Here’s our list of the best PC multiplayer games.

Symmetra and Doomfist have looks that are a bit more Casino Royale, with Doomfist sporting a white suit jacket and with boutonnière, and Symmetra wearing a tuxedo-style costume and top hat.

Orisa’s event legendary is perhaps the most striking. She’s been reworked into a forest sprite, her metal armor replaced with bark, complemented with leafy accessories. 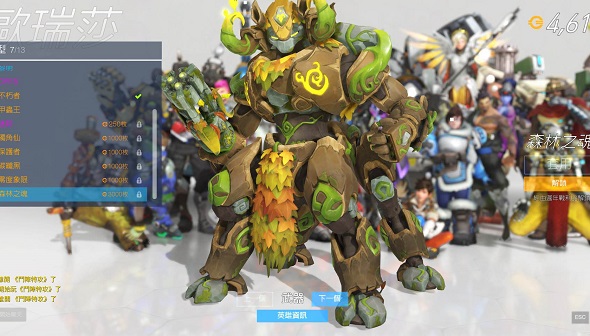 You can check out the full gallery on imgur.

It’s an impressive collection of skins, and all the more reason to participate in the anniversary event when it begins Tuesday, May 22.