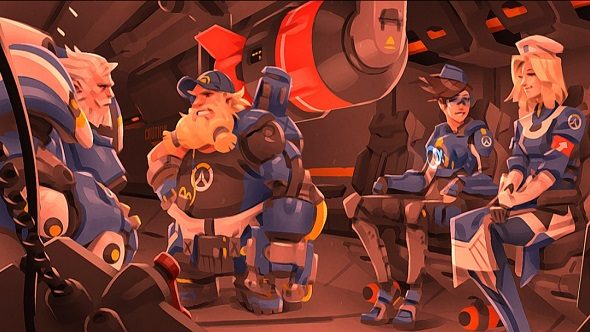 You can now read all the official details – modes, skins, videos and more – for Overwatch Uprising at that link.

It’s not an Overwatch update without a leak ahead of its launch. Caught by an eagle-eyed fan on the Overwatch subreddit, it seems that Reinhardt, Torbjorn, Tracer and Mercy are getting new skins as part of the upcoming April event.

Check out our Overwatch updates post for everything we know is coming this year.

Captured by Reddit user AsranStark, the leaked costumes (seen below) match up with the outfits seen in the recent Uprising comic, showing the four characters in their original Overwatch uniforms. 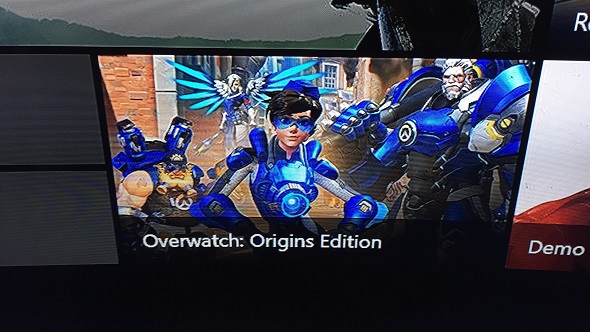 With the comic showing off other character skins, most notably Blackwatch Genji, it’s fair to assume that they may also feature as part of this April update, if this image is to be believed. Overwatch game director Jeff Kaplan did hint that Widowmaker and McCree skins were coming soon, so this may be the update that finally adds them in.

With the April 11 update confirmed to have a playable element and this promotional image showing off the Overwatch strike team from the comic, April’s event will probably have something to do with the King’s Row Uprising. Teased by Blizzard earlier in the week, the King’s Row Uprising acted as one of the first clashes between omnics and humans during the Omnic Crisis, so the playable element of this update may finally be some PvE content. We could be fighting off rogue robots in a four-man strike team, much like the Overwatch squad in the comic.

Moreover, Kaplan did state in our recent interview with him that this update should fulfill fan desires for more story shown via the actual game, rather than comics or outside media.

All will be revealed next Tuesday, when all of the files surrounding the King Row’s Uprising are officially declassified by Blizzard, so check back to see if this leaked image is in fact correct.