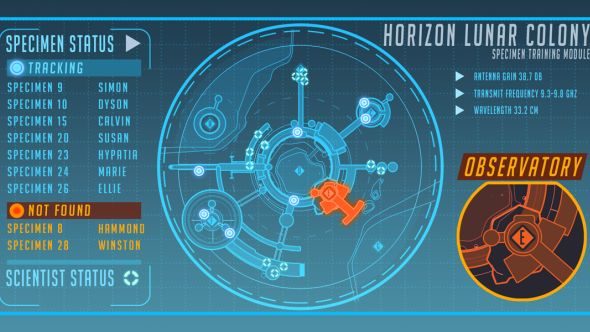 Update May 31, 2017: It’s official – Overwatch is taking us to the moon, back to Winston’s home on Earth’s lunar colony.

Horizon Lunar Colony is an Assault map set in a scientific base on the moon, and it’s absolutely packed with Winston lore, from tubs of peanut butter to tyre swings.

In more meta news, Overwatch’s loot boxes continue to cause drama in the community.

“Built as a first step towards humanity’s renewed exploration of space, the colony’s goal was to examine the effects of prolonged extraterrestrial habitation – on human and ape alike,” says the official blurb.

“The scientists’ research proved incredibly promising… until, suddenly, all contact and communications with the base were lost. Now, many years later, attacking and defending teams must return to the moon and battle for control of the colony’s facilities, all while they discover clues as to the fate of its previous inhabitants.”

Have a watch of the new story video above. While you’re at it, here’s us doing a fly-though for you:

Original Story May 30, 2017: As theOverwatch Anniversary eventcomes off its first week, it seems Blizzard still have more to show. An update on the official website a few hours ago provided an in-universe news story about the lunar base, Horizon, where Winston was genetically experimented upon. It’s overrun by super-gorillas, obviously.

The full story, already having been fully mined for information by the community, gives some run up to the disaster that caused the base to lose contact with Earth, without explaining what that disaster actually was. Various characters are introduced, including human scientists and their many test subjects – the primates that were getting a bit out of control.

A new map seems fairly obvious, particularly after we’ve heard there are three standard maps in development for this year. One of the images shows a top-down view of the base, with a layout consistent with Control maps, having various large areas to fight over.

It should also be noted that Jeff Kaplan said specifically that new hero news was “on the horizon” during the anniversary livestream. He is nothing if not a tease. Who exactly this is remains to be seen – Doomfist was the natural assumption, but none of his story so far has been tied to the moonbase. Having another talking space gorilla would seem a little unoriginal for this cast of characters, but that doesn’t make it impossible.

Expect this to develop fast, as Blizzard have learned their lesson during the Sombra ARG, and we’ll likely see developments throughout this week. Here we go again.