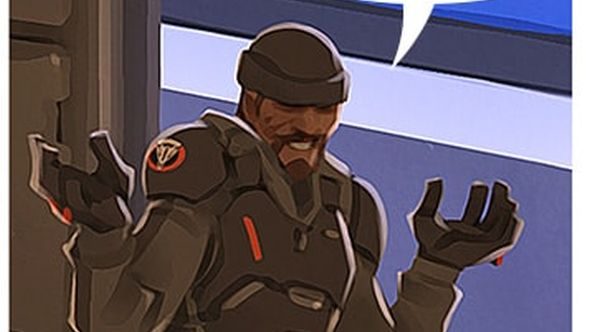 Updates to Overwatch’s loot boxes aren’t particularly uncommon – roughly once a month we get a new batch of 100+ items themed around some event or other. However, in patch 1.11, due next week, Blizzard will add new items to the normal loot boxes for the first time in a while. Among others, these include the much-requested Reaper shrug emote.

We’ll have a list of everything that came out of the recent NYC press event in our Overwatch update post soon.

As reported by Polygon, Jeff Kaplan announced the move in an interview. Here’s what he said will be added:

Not only have both of the above been on the top of the community want list for a while, so have non-event cosmetics, with people finding the between-time loot boxes a little lacking in new stuff to, well, buy.

Also at the event was some news regarding possible future skins, specifically ones taking inspiration from other Blizzard games. Cross-promotion has basically been big blue’s master plan since World of Warcraft came out, and Overwatch has benefited from that with characters, skins and maps appearing elsewhere.

However, the opposite hasn’t been true, and Kaplan explained that this was to ensure it could thrive as its own IP. With that paying off – 30 million sales, boy howdy – there are options for that in the future. Full quotes in this video from YouTuber Force, who attended the event.