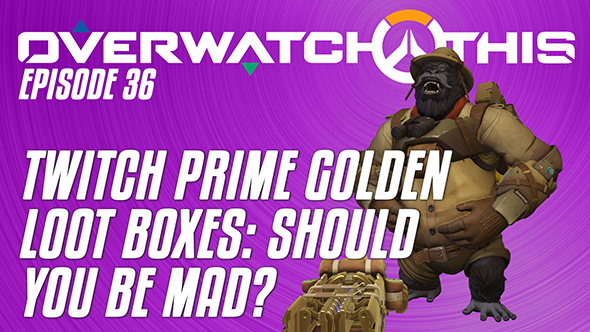 Plonking itself in the room and tempting you with its contents like an Overwatch Loot Box, it’s this week’s episode of Overwatch This. Let’s talk about loot, baby.

Many an Overwatch update to come this month.

This week we’re chatting about the new Twitch Prime deal, which nets Overwatch players a Golden Loot Box, which gives access to a guaranteed legendary.

Outside of that, all eyes are on the new patch – Overwatch 1.12 – with Reaper and McCree buffed and a new Moon map entering the fray.

As always, subscribe to theYouTube channelfor more, it really does help.