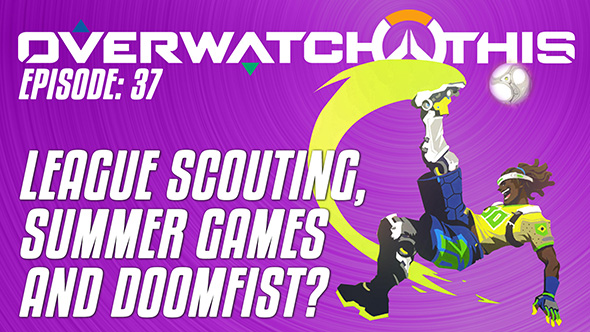 Like a surprise attack from an invisible Sombra, a new episode of Overwatch This has appeared, packed once again with news from the week that was. Doomfist is on the cards yet again, but will this be the final tease?

Just what can we expect next from Overwatch?

Doomfist and the return of Summer Games have been hinted at in Overwatch’s PTR error reports, so it seems sensible to predict that they could be on the way sooner or later.

Elsewhere Jeff and Geoff of the Overwatch team have been giving a lecture on the game’s history, including divulging what kind of jams Torb like to listen to on his iPod.

And finally the Overwatch League is kicking up a gear and has begun scouting for new talent. Are you one of the best Overwatch players that they’ve contacted?

Show a bit of love to Overwatch This by subscribing to PCGamesN on YouTube, where you’ll also find a whole library of ever-expanding PC game videos.