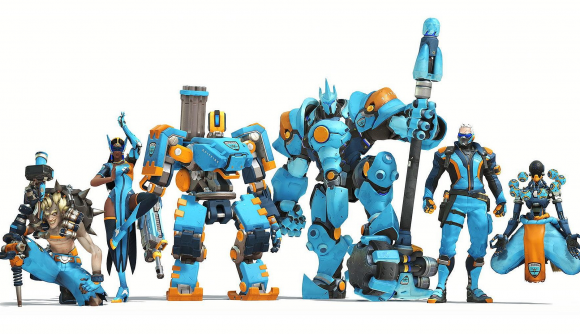 July 28, 2018  The first match of the Overwatch Grand Finals has wrapped up with London Spitfire taking the win 3-1 after coming back from an early first round loss. Tune in here for the rest of the Overwatch League’s first season finale.

The inaugural season of Blizzard’s ambitious esports extravaganza, the Overwatch League, is almost concluded. This weekend sees the grand final series between the Philadelphia Fusion and the London Spitfire, that will cement one of the two teams in history as the overall winner of the OWL’s first-ever season.

It’s been a season of ups and downs for many teams in the League, including and especially the two finalists – Spitfire were riding high at the start, having won stage one, but have struggled for form just lately. Fusion have enjoyed even less consistency, but have won the big games when it counted (including a memorably tense encounter with Spitfire in the playoffs), and earned their place in the finals through sheer determination.

The action kicks off within the hour at the Barclays Center in Brooklyn, home of Brooklyn’s NBA team, the Nets. The winner will be decided by up to three matches, each of which is best-of-five games.

The games will be streamed live on the Overwatch League Twitch  (embedded below), or you can watch tonight’s games live on ESPN (also at 19:00 Eastern). ABC will rebroadcast Saturday’s events at 15:00 Eastern on Sunday.

For next year, the Overwatch League is confirmed to be adding six teams – two of which will reportedly come from Paris and Guangzhou.

Who’s your money on to emerge victorious from one of the most exciting weekends in esports? As a UK-based site, we’re content to simply say: #AcesHigh.