When it comes to gaming on PC, sound is absolutely as important as graphics and gameplay. It’s what tells you that there’s someone behind you about to slice you up with a melee attack, it’s what alerts you that enemies are swarming your base, and it’s what immerses you in the haunted halls of a long-forgotten mansion. So when it comes to sound, a flimsy pair of cans from eBay just won’t do.

Partner feature: PCGamesN has teamed up with Turtle Beach to produce this guide to games audio.

Turtle Beach headsets are designed with one mission in mind: delivering the best sound in ways that are important to gamers. With pin-sharp audio you’ll detect footsteps quicker and be able to aim and pull the trigger before the enemy knows you’re there. But what gear do you need to achieve this PC upgrade? Let us be your guide as we walk you through the most important questions about which gaming headset is right for you.

Do I need bigger speaker drivers? 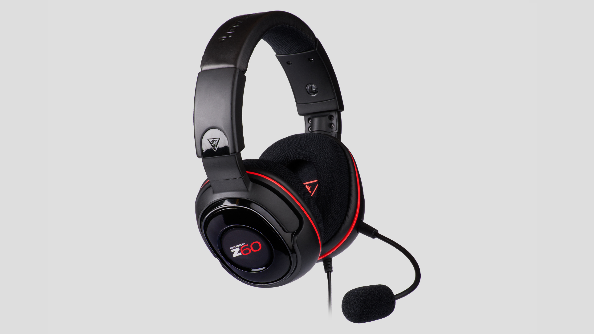 We’re all programmed to raise an eyebrow at the phrase “bigger is better”, but when it comes to speaker drivers there’s an element of truth in there. Drivers – the actual speaker that sits over your ear – can sound tinny and lacking in bass if they are too small or not tuned properly. If you take a look at Turtle Beach’s range of headsets – from the lightweight Recon 100 to the meaty Z60 with DTS Headphone:X 7.1 Surround Sound – you’ll notice they’re all packing big, over-ear cups with large, expertly tuned drivers. The Z60 features massive 60mm drivers – this means those explosions in Call of Duty will really deliver the shock and awe.

What’s the advantage of DTS Headphone:X?

DTS is a leader and pioneer in surround sound technology. DTS Headphone:X is the key to immersive audio, and it’s something that you absolutely want flowing into your ears if you can afford it. Think of the best surround sound experience you’ve had – in a cinema, perhaps – and then shrink it into a headset without compromising on quality or volume. That’s what you get with DTS Headphone:X.

Headphone:X accurately recreates the sound environment that the audio was designed for. It digitally recreates the scenario of the sound’s original stage, and then optimises it for both the headset while doing all the processing off your PC freeing up capacity to squeeze those extra few frames per second from your latest game.

Turtle Beach is the very first company to cram this game changing experience into a headset. You’ll find it in the the Z60, and with these resting on your ears you’ll be receiving audio intel in HD.

What are the advantages of wireless and wired headsets? 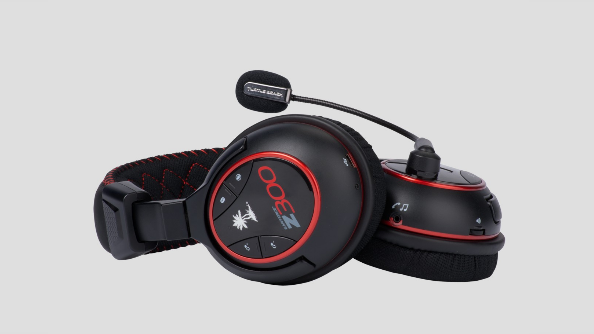 Talk to an audiophile and they’ll likely dismiss wireless headsets – “Weak, interference-ridden sound is all you’ll get if you cut the cord.” Not true, as the best wireless gaming headsets are leaps and bounds better than they used to be. Models like the Z300 use Dual-band Wi-Fi technology. You see, in your house there’s that many wi-fi gadgets sending data to each other it’s easy for a headset to pick up interference from all that chatter. But by going Dual-Band, you move all the data zooming to-and-from your headset to a channel that’s not being used by your iPad or smartphone automatically. The result: crystal clear audio, and you can swing your head about as much as you like without ripping out the USB.

Of course there’s still something to be said about wired headsets. Most of Turtle Beach’s range is wired, and that’s because to build the Z22 and Z7 headsets for the Pro-Gamers at MLG you need that wired tournament ready set-up. And of course, with a wired connection there’s no batteries required, so you can plug in and game right away.

What’s the advantage of Dolby? 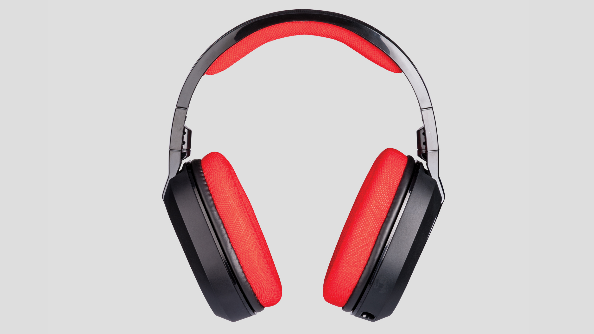 Dolby, like DTS, is a surround sound technology designed to get the most out of your speakers. You may have noticed that to get DTS audio you need to invest in some premium hardware. Dolby is proof that you don’t need to blow your wallet to get surround sound quality. Turtle Beach’s Recon 320 is a brand new wired headset that you can pick up for just £69.99, and they pack crystal clear 7.1 channel Dolby Surround Sound into that package.

You’ll almost certainly have heard of Dolby, because it has been powering cinema sound since 1992. Pretty much every film you’ve seen on DVD or download in the last two decades has used Dolby audio compression – which reduces the size of audio files and unpacks them at the highest quality possible – and if it’s good enough for the big screen, it’s good enough for your games.

What are audio presets and how do they work?

Audio presets are your ultimate weapon in the fight against campers and stealthy melee attackers. It’s a neat bit of software that lets you pick and choose what you hear and what you don’t. This means you can isolate only the most important sounds – footsteps, say – so you don’t suffer the distractions of chattering machine guns and detonating C4 charges. It’s a bit like when Superman blanks out every sound other than a screaming child so he knows where to fly next.

Turtle Beach headsets like the Z SEVEN offer up easy-to-use audio presets so you can propel yourself to the top of the leaderboards. They’ll never hear you coming, but you’ll certainly hear them.

Games that come with presets include BioShock, Tomb Raider and Far Cry, but thanks to Turtle Beach’s software you can easily create a preset for any game you fancy. You can even upload these presets to the Turtle Beach Preset Community, and try out other people’s presets too.

Can I customise my headset? 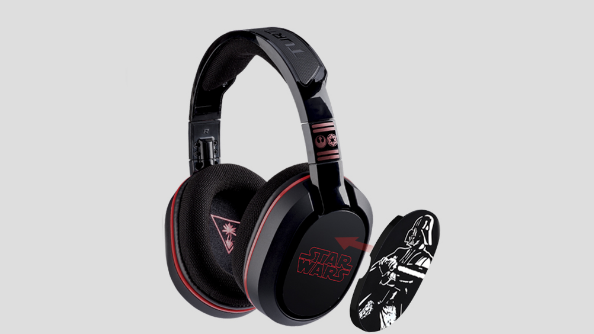 Turtle Beach partners with games like Call of Duty and Heroes of the Storm for licensed headsets. But if your mood changes with the winds, you may want a headset that can quickly change its look. Many of Turtle Beach’s ranges, like the Ear Force Seven series, have swappable speaker plates that let you customise your look. You can even get this feature on the new Recon 100 and Recon 320 headsets, which proves you don’t have to spend a fortune to get a well-built, snazzy set of cans which can be dressed up as Darth Vader when the Force calls.

What do I need for long-session gaming?

If you’re planning on wearing a headset for a massive session, you need to look for something with comfort. Thankfully all of Turtle Beach’s headsets are designed with comfort in mind. But the things to look out for are the materials used for the ear cups and headband. Leather cups can become sweaty over time, so something spongier like the fabric of the Z60 would be ideal if you’re planning to pull an all-nighter. Big chunky headsets may also weigh down on you after a few hours, so consider the benefits between massive drivers and lightweight comfort.

How to I get the best voice chat performance?

The sounds in our games are fluctuating all the time, but unfortunately our voice chat does not. It stays at a level setting all the time, regardless of if there are five helicopter gunships soaring overhead or not. To make sure you don’t miss out on vital chat, some Turtle Beach headsets like the Z60 have Chat Boost technology. This increases the volume of voice chat along with the game, meaning you’ll always hear your teammates loud and clear over the sound of the game.

If you find that your microphone is always too far or too close to your mouth, you can ditch a physical microphone all together and get a “boomless mic” on the Ear Force i60 and i30. Instead of a mic on a stalk, boomless technology embeds microphones all over the headset to pick up your voice and cancel-out any unwanted noise. This will stop the scratching and booming breath noises of having a mic too close, and keep your voice at exactly the right level at all times.