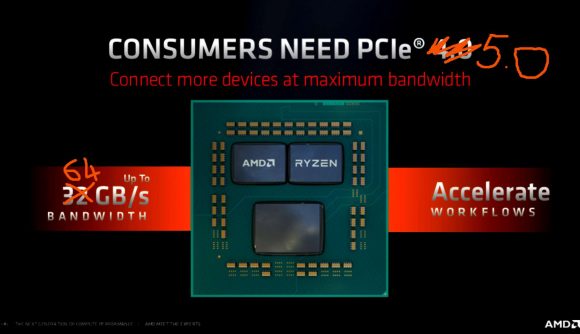 No sooner have we been promised PCIe 4 goodies than the PCI-SIG goes and finalises the PCIe 5 specification and makes AMD’s new Ryzen 3000 CPUs and Radeon RX 5000 Navi GPUs look positively laggardly. The new standard doubles the existing PCIe 4 bandwidth from 32GB/s to 64GB/s, meaning that a basic x4 socket on a future motherboard using the new standard will be the same speed as the x16 lane slot in your current board.

The PCIe 5 specification has been finalised in just 18 months, just two years after PCIe 4 itself was finalised. Compare that with the length of time since PCIe 3 was completed in 2010 and that’s an incredible ramp in speed. One of the most impressive things is that this technology is completely backwards compatible with existing versions of PCI Express. So any PCIe 4,3,2, or 1 device will still function in the same socket.

The PCI-SIG, the consortium that owns and manages PCI specs, has been doing the good work for the past 27 years and in that time the raw performance has sky-rocketed. “Over that period,” says Nathan Brookwood, research fellow at Insight 64, “peak bandwidth has increased from 133 MB/s (for the first 32-bit parallel version) to 32 GB/s (for the V4.0 x16 serial version), a 240X improvement. Wow! The new PCIe 5 standard doubles that again to 64 GB/s.”

Wow, indeed. So, when will we actually see devices using the new, ultra high-bandwidth interface? According to a leaked roadmap for Intel’s server platforms (thanks, Huawei) it will be incorporating PCIe 5 into its Sapphire Rapids design… along with DDR5. Fancy.

Keep control: Our choice for the best gaming mouse around

All the major techie players have gotten in on the PCIe 5 tip too, with AMD and Nvidia (along with new best friend, Mellanox) also releasing positive and preening statements about the new specification. Nvidia speaks about how proud it is to be part of the PCI-SIG and AMD can’t help but get a little PCIe 4 promotion in there too. 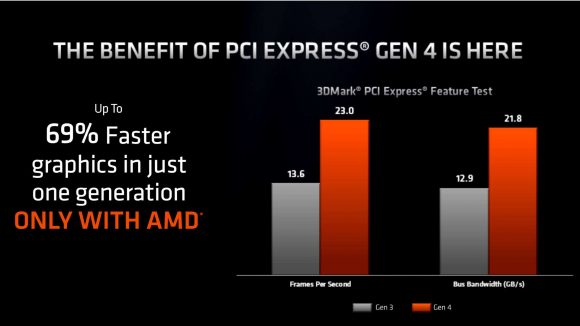 “We expect to bring our first PCIe 4 specification CPUs to market this year,” says AMD’s Gerry Talbot, “and look forward to meeting the future bandwidth demands of end-users with PCIe 5 technology.”

With recently AMD promising 69% faster graphics with the move from PCIe 3 to 4, we can only speculate what improvements the next generation of PC interface will offer when it finally arrives on our desktop.