Huawei’s in a bit more hot water with the US now that it has effectively leaked a little more of Intel’s server roadmap than the company was willing to share itself. At a recent event in St. Petersberg Huawei spilled the beans about Intel’s 2022 server part, Granite Rapids, along with a few more technical details for it and the Sapphire Rapids server chips than Intel covered at its own recent investor day.

Eagle Stream is the underlying platform for both 2021’s Sapphire Rapids and 2022’s Granite Rapids, but Intel hasn’t wanted to give much away about either of the new server parts. Huawei, however, has detailed the memory and interfaces used by the upcoming platform, introducing DDR5 memory and the PCIe 5.0 interface.

That’s going to make the US, and Intel in particular, even more unhappy with Huawei. The Chinese company has already been accused of being a security risk, facing a US ban because of it, and now it’s leaking technical information from one of the biggest US tech companies… in Russia.

It’s rock and hard place time for Intel, though, as the US governmental ban on working with Huawei is set to cost it – and AMD and Nvidia – millions of dollars in lost revenue. To the tune of a potential $83m for Intel alone. Ouch.

Top rodents: These are the best gaming mice to buy

The leak isn’t exactly a total breach of security, but it will be a bit of a frustration for Intel as all it had previously been saying to investors about its 2022 plans was the rather more ephemeral ‘Next Gen’ note in its released server roadmap. 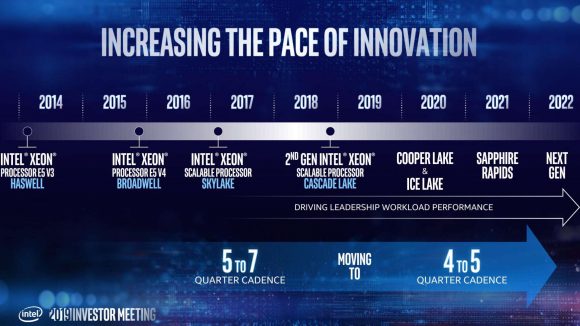 Filling that in with a new code name and some platform details doesn’t sound like a big thing, but realistically is Granite Rapids really going to fit with the ‘Next Gen’ branding?

Sharing the same platform as Sapphire Rapids – even if, as expected, that part is built on the 10nm process and Granite Rapids on 7nm – would seem to suggest that both server parts are essentially going to sport the same underlying CPU architecture. 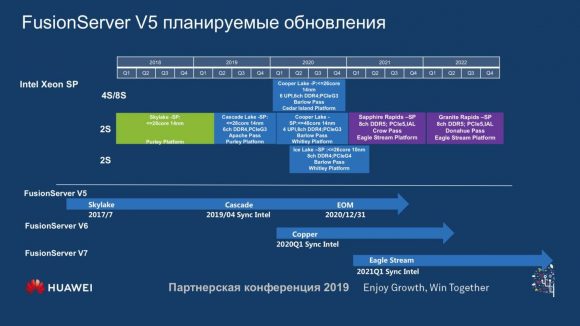 There had been some speculation that the 2022 ‘Next Gen’ server part could actually be using Jim Keller’s promised new CPU architecture to follow the long-lived, but now exploit-riddled, Core architecture. That doesn’t seem particularly likely after the Huawei leak, but given that the Sunny Cove, Willow Cove, and Golden Cove cores are only projected up to 2021 Intel should have something in the works to follow those Core architecture revisions up.

That could be the Ocean Cove project Intel was advertising for engineers to work on just under a year ago.

What does all this mean for gamers? Well, if DDR4 is going to be replaced in servers come 2021, then it would stand to reason that we could potentially expect DDR5 would be hitting our desktop machines around 2022. That would put it in whatever 7nm+ design Intel is putting forward that year, and maybe in AMD’s Zen 5 platform.

The PCIe 5 interface could find itself in desktops a little sooner, potentially around the same time it appears in servers. Memory standards generally need a little while longer before they make sense in the consumer space.