There’s certainly no mistaking Perish for anything else. A first-person action game set in purgatory, in which you slay hordes of golden-blooded ash-grey demons to a thumping metal soundtrack over the course of an arduous ascent to Elysium, its aesthetics are unique.

The eye-grabbing demon-smasher is the sophomore release from Item42, an indie studio led by brothers Regan and Bret Ware, who bring some special experience to the project. To help fund its development, the Wares provide solutions for businesses beyond games as part of Unreal’s Enterprise programme.

“Enterprise work for us has involved using Unreal in ways we never thought we’d use it, whether that’s making car simulators for Hololens or handling huge interactive city-sized archviz scenes,” art director Bret tells us. “The requirements of these projects forced us out of our comfort zones to make some really cool transition shaders, database handlers and so on.” Perhaps surprisingly, the devs say all their Enterprise work found “some translatable use in Perish.” Are there any especially clever bits of magic or development hacks they’d like to highlight for other devs?

“From a tech art perspective, it’s a simple one, but there is so much more that you can achieve with the material editor than first appears,” Bret says. “Sometimes the best visual solution is to fake something rather than do it the realistic way, so instead of having hundreds of dynamic lights everywhere to simulate the glowing eyes or torches of enemies, try subtracting world position from object position into a sphere mask, which itself is plugged into an unlit emissive decal. Suddenly you can have hundreds of moving lights with absolutely no lighting overhead – a completely fake effect that looks almost as good as the real thing.

Related: the best multiplayer games on PC in 2020

“All these ‘fake’ tricks come together to make a game that can visually compete with other indie games without the frame drops and bad performance we sometimes experience when we do things the ‘realistic’ way. We ourselves are still just two fairly newish developers, and we are constantly making mistakes and improvements along the way. It’s really hard work but rewarding.” 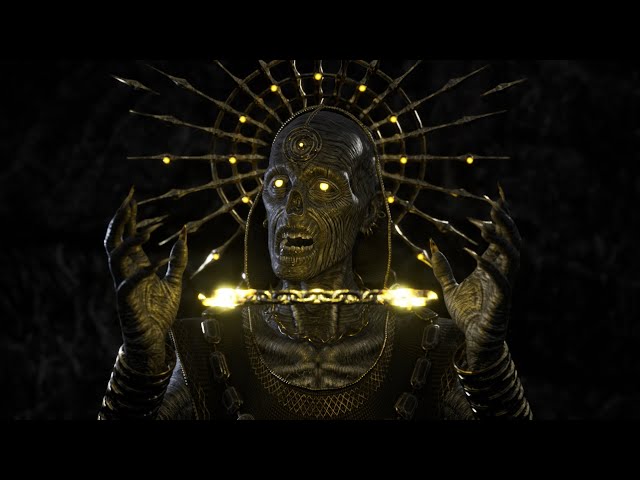 A lesson of equal if not greater importance that Item42 took from all this experience was an understanding of what a two-person dev team could realistically achieve, which probably explains why their game seems to be such a focused project. No sprawling open worlds or multiple choice quest endings here: your arena is a platform being dragged endlessly to the heavens by a bunch of massive chains, and your goal is simply to slay enemies, thereby to gather gold artefacts (danake), which you exchange for the weapons and upgrades you need to survive the next wave. Ultimately, you will confront the ‘Dismal Lords’ and gain admission to Elysium, the platform’s destination and the “mysterious resting ground of the Worthy”, according to the game’s Steam page.

Inspired by Vermintide’s replayable co-op gameplay and the enigmatic, gothic vibes of HeXen “and maybe Painkiller too”, Item42 has an admirably clear idea of exactly the game it wants to make. “I really rate games that don’t punish people with busy lives – they can just jump in and play for 20 minutes and make some meaningful progress,” Bret says. “That’s something we’re trying really hard to convey in Perish: you don’t have to grind for weeks or suffer overlong story exposition, you can just play alone or join a friend and get busy carving a blood-gold path to the afterlife.” 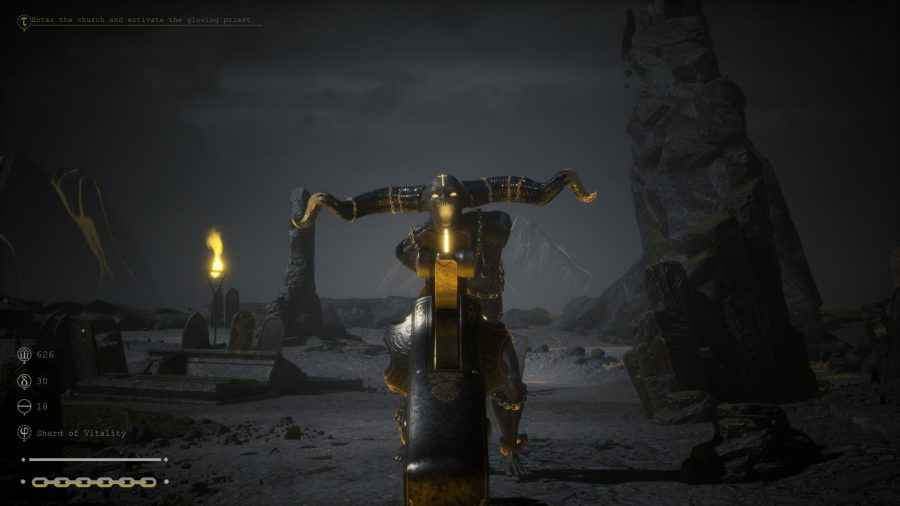 It’s equally clear that the combat is going to have to do a lot of the heavy lifting, and though Bret acknowledges “we’ve still got quite a bit of work to do on it”, the team is already proud of Perish’s “very simple but mechanically satisfying” dismemberment system, its range of fun weapons – which includes a “Zeus-bolt-throwing chain-grappling javelin” – and its boss fights, though Item42 isn’t quite ready to show them off yet.

Regan also highlights the ‘Spendthrift Gladiators’, the ‘base’ enemy in the game. “Functionally we’ve managed to keep them simple, which allows us to give them as many variations as possible because they’re so flexible. Giving them different armours, weapons and animation sets is a breeze and it keeps the most numerous enemy in Perish interesting.”

While the announcement trailer does about as well as a trailer can in selling the combat – a range of weapons are on show, affecting enemies in satisfying, tangible ways such as spear impalement – its most arresting qualities are its sights and sounds. What inspired this art direction and music? 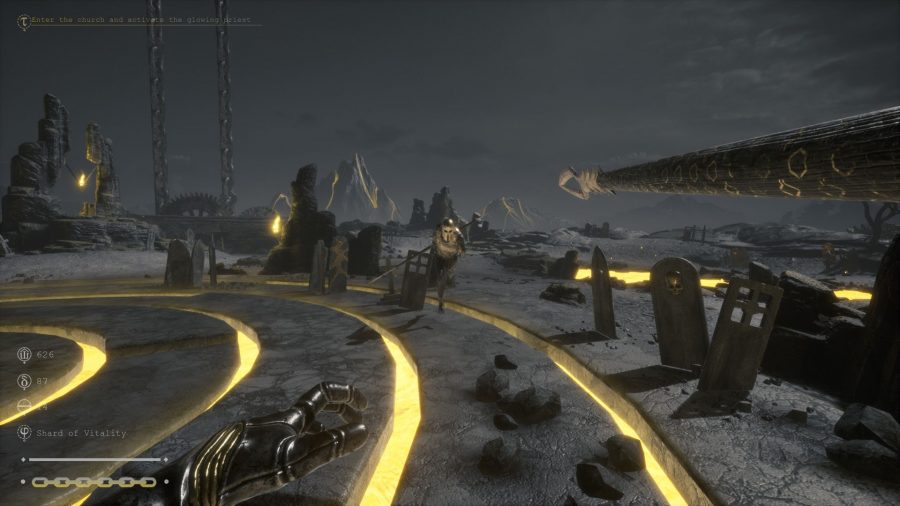 “A couple of things,” Bret says. “I am really attracted to the way Gustave Dore created his atmospheric greyscale depictions of ancient and biblical events. The stark contrast between grey stone and rich gold colours comes from an image of Saint Sébastien in Cathédrale d’Amiens that I saw, and I was immediately struck by how visually unusual it was and how it could make for some interesting gameplay mechanics and ways to ‘gamify’ the environment, à la The Saboteur, which had a very similar palette.

We've kept the base enemies simple, allowing us to vary their armour, weapons, and animations, and keep them interesting

“As for the metal soundtrack, we clearly can’t compete with Doom or Mick Gordon on any level at all – he’s nailed the cinematic djent sound and is a pure professional – so we thought we’d do something a little bit different and instead make our soundtrack more rough and raw, like a real metal band. We are recording real djembe drums, using drum mics, playing violins, using Rectifiers for the guitars and making bosses in the bossfights scream their own lyrics. If I could describe the one meaningful difference to people, this is less huge synths and mechanical sounds and more dissonant ambient guitars and tribal, raw sounds. It sounds more like having Misery Index write your soundtrack.”

Bret confirms that, given the team’s experience in Unreal 4, there was no question over the engine they would use to bring Perish’s bleak vision to life. “We’ve been using UE4 professionally for a number of years, so our experience matched with Unreal’s amazingly fast prototyping abilities made it unquestionably our first choice.” As with many smaller studios with big visions, the team is full of praise for the many tools that UE4 offers to streamline the development process. 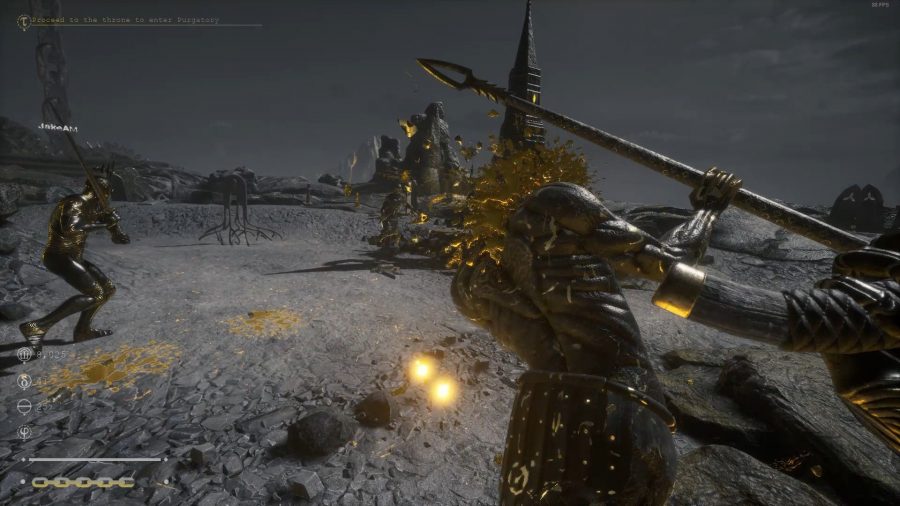 “From the art side, the main technical challenge is being a generalist, which means handling shaders, VFX, SFX, environment art, and character art all as one person,” Bret explains. Despite a little help from friends, he reckons “it’s probably not advisable for one person to handle all of these tasks but not everyone has the luxury of a proper team, so in my opinion this is Unreal’s amazing strength: it only takes a few days to start getting familiar and creative with the technical art systems in Unreal. Definitely hard to master, though.”

Regan praises Unreal’s many tools for debugging – a tricky process in multiplayer games, wherein bug-causing scenarios can be difficult to replicate. “Unreal already has a really solid system for replication, but it’s in its nature to be difficult to test. Unreal helps with a range of tools to debug network-related issues; I can even emulate multiple clients within the editor so I don’t have to have four computers all around me.”

Finally, Item42 echoes a common talking point in this series in its praise for Blueprints, a visual scripting system that enables even non-programmers to contribute to the code base. This, and “a number of native frameworks for doing otherwise difficult tasks allows us to focus on making a slightly ‘bigger’ game than a two-man team would ordinarily be able to achieve,” Bret says. 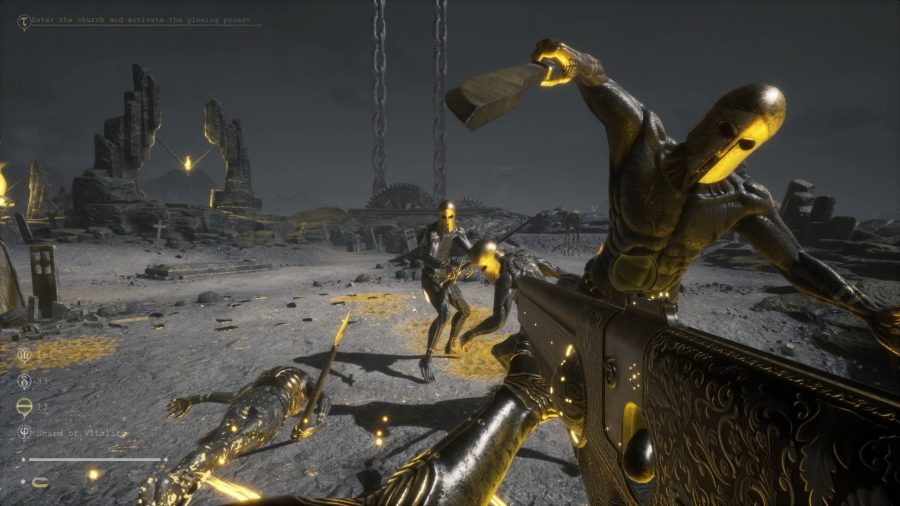 This helped out on the gameplay side, too. “Our biggest gameplay challenges are persistence and cooperative play,” Bret adds. “We want two main things: for each player to be able to affect a collective world, and to make playing Perish with friends a meaningful thing to do. This is again where Blueprints came in handy: we can string a bunch of nodes together to create a cooperative objective, send it to build and then try it out together online to see if it’s fun or not.”

It’s an admirably focused objective which might nonetheless present headaches for a less experienced team using less sympathetic tech, but the chat with Item42 leaves us feeling reassured. This is a studio with an understanding of Unreal that belies its young age, and which seems sure to bring us an addictive and distinctive demonslaying experience.

Perish is in development, with a release date to be announced. You can learn more about it on its Steam page. Unreal Engine 4 is now free. Unreal Engine 5 is due to release next year.

In this sponsored series, we’re looking at how game developers are taking advantage of Unreal Engine 4 to create a new generation of PC games. With thanks to Epic Games and Item42.