Quantum Dot technology has been dropped from the manufacturer’s new line of monitors as it concentrates on using its own technology instead of buying it in from Samsung.

What makes the best monitor for gaming? Check out our pick of the top gaming displays of today.

While Samsung have just announced a new line of Quantum Dot (QD) gaming monitors Philips have decided they don’t want to continue paying a premium for the technology and the licensing to maintain their own line of QD displays. To be fair Philips’ Quantum Dot E-Line monitors didn’t exactly take the world by storm, but they were capable of displaying a huge colour gamut in comparison with their other monitors.

That doesn’t mean they’ve completely lost faith in wide colour gamuts for their monitors though, they’ve simply switched to using their own panel technology instead: UltraColor.

Okay, so it’s not the most inspired of nomenclatures but it’s an innovative little panel tweak which doesn’t require the filter of Quantum Dots or the super-priced luxury of OLED. Of course it’s also not going to get you the same level of colour depth or contrast enhancements, but isn’t going to break your beleaguered wallet in half either.

UltraColor works by altering the chemical make-up of the panel itself. When using a traditional white LED backlight the blue light is passed through a yellow phosphor to create blue and green hues, which kinda works, but can lead to a certain blue tinge to the colours the panel then displays. Philips’ UltraColor tech adjusts the blue light as well as the reds and greens to expand the colour gamut.

Essentially this balances out the colours more accurately and means Philips monitors are capable of delivering a colour gamut that is up to 95% of the NTSC spectrum. Philips maintains most displays are only capable of hitting around 72% NTSC.

That said the NTSC gamut is narrower than the sRGB colour space, of which Samsung’s new Quantum Dot displays can nail 125% and Philips’ own outgoing QD monitor was tested at around the same levels. 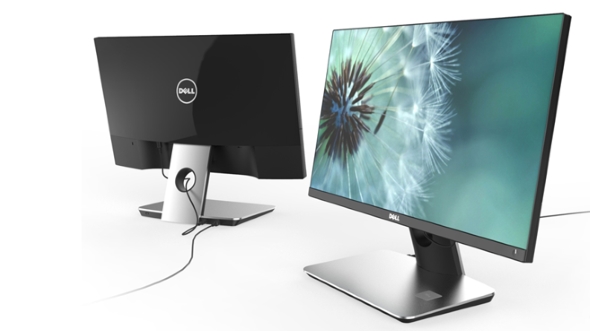 So Quantum Dot’s dead for Philips, but what about the tantalising prospect of an OLED super-monitor on the horizon? I assumed the answer, when I put it to Philips reps, would be that it was simply far too expensive for it to be worthwhile. After all, the only OLED monitor we can think of is the hyper-expensive Dell UP3017Q. That 120Hz 4K beauty sounds like the best monitor ever, but Philips are unsure if the technologyactuallymakes any sense for a PC screen.

Obviously the price is extreme – the Dell OLED will retail for $4999 – but there’s also the potential for the technology to be incredibly energy intensive. On a TV set you are predominantly showing pictures at the darker end of the spectrum. With PC monitors, however, your screen’s often displaying a mostly white image which takes far more energy to create.