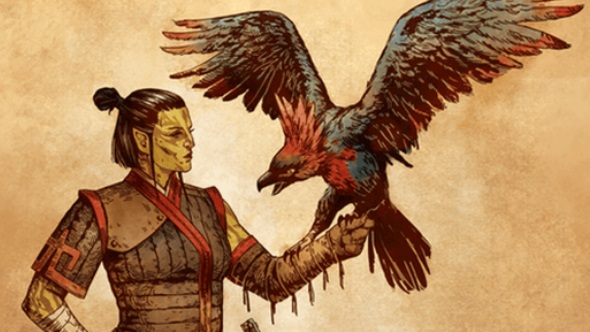 Pillars of Eternity II is already a brave sequel – it pulls the series away from its nostalgic roots in the temperate woodland of Baldur’s Gate, and replants it in the Southern-Pacific-style island chains of the Deadfire Archipelago. That displacement had a knock-on effect on the rest of the game, which reimagined the isometric RPG as a swashbuckling adventure.

Beast of Winter, the first of three planned paid DLC packs for Deadfire, flips the formula once again. The idyllic, Polynesian white sand and blue seas have been covered by snow and ice. A new vein of dark comedy has opened up in the writing. And you, the heroic Watcher, are being celebrated once again – but this time by some pretty unpalatable types.

We consider the original Pillars of Eternity to be one of the best RPGs on PC.

“One of the real rewarding things about working on DLC is that the groundwork is done,” Beast of Winter narrative designer Alex Scokel tells us. “We don’t have to worry about making sure that every weapon has an animation associated with it – we can just make new stuff.

“In DLC we’re able to stretch those legs a little.”

You’re under the spyglass 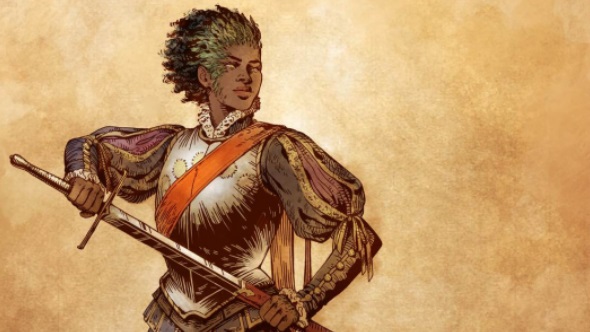 Beast of Winter begins with a letter. You are cordially invited to an island at the very bottom of the map made home by the worshippers of Rymrgand. Rymrgand, the beast of the DLC’s title, is the god of collapse: famine, plague, and disaster. The locals call you Duskspeaker – they’ve seen the way death follows in your wake, and they’re really into it.

“The people there throw a feast in your honour,” Scokel says. “Because they respect the way that you go about messing things up.”

When asked whether Beast of Winter’s story is commentary on the player as a destructive force in the Archipelago, Scokel phrases it another way.

“There’s certainly a recognition of the destructive nature of a protagonist in an RPG,” he says. “The world spins around the player, and these cultists have recognised that and placed you within the context of their own myths.”

The cult says you’re the harbinger of the end. Frankly, they can’t wait for the cataclysm. Whether or not that’s who you want to be is a question you’re encouraged to start pondering in this DLC.

There’ll be blizzards at the beach 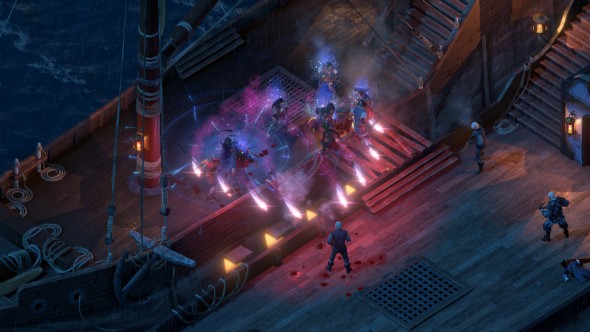 While Pillars of Eternity II took us to lots of different environments, its defining images were of verdant jungles and sandy beaches. As the title suggests, Beast of Winter changes all that.

Rymrgand shares the title of god of death with Berath, so they split up some of the responsibilities. While Berath deals with more palatable ideas like passage and rebirth, the Beast of Winter is very much about the switch from warmth and life to stillness on a cold slab.

The Beast manifests as a huge yet emaciated auroch, fur flecked with ice and snow. Wherever he goes, he brings bitter winds and is shrouded in squalls. Sure enough, his influence over the island on which the DLC takes place extends to the weather – frost has crept into the land of the living. If left unchecked, the villain of this new story threatens to spread the ice across the entirety of Eora, local climate be damned.

“A lot of it is frost and snow and ice early on,” Scokel says. “And polar bears.” 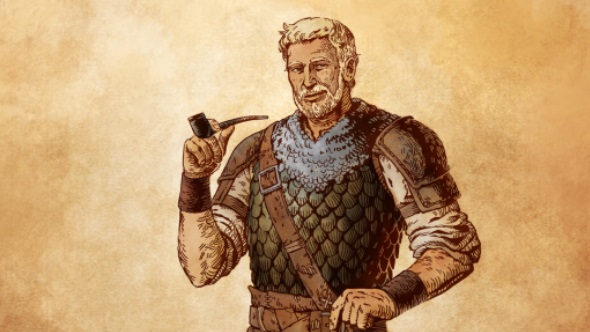 “There’s certainly a mood that the DLC has,” Scokel muses. “All the Rymrgandian things – the inevitability of darkness and of endings. All things that decay end.”

He laughs. “Which is an interesting note to kick off our DLCs on.”

Throughout the quests and writing of Beast of Winter, dark humour has emerged as a consistent feature. It’s something of a surprise: while there are dashes of dry comedy in the Pillars of Eternity series, it rarely feels as if it could indulge in a Fable-style slapstick aside.

For the DLC, though – a story about the ways people fight back against the inevitability of death in a world with magic, gods, and immortals – comedy became necessary.

“We obviously don’t want to make an incredibly depressing piece of DLC,” Frey says. “It’s definitely an opportunity for us to show how people feel about this sort of thing, but also show the humour of it.”

“One of the reasons we wanted to be funny,” Scokel adds, “was to lighten what could otherwise be a really [miserable] experience.”

You’re stepping outside the Deadfire 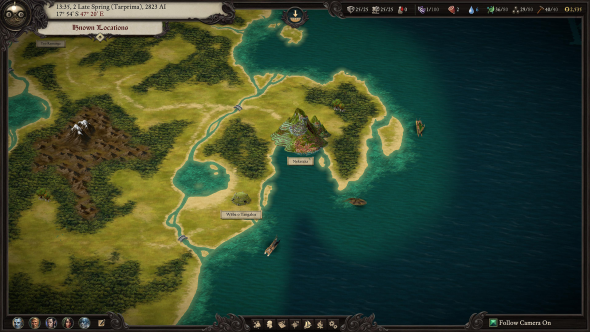 The world design of Pillars of Eternity began with Obsidian designer Josh Sawyer flipping over a map of the Forgotten Realms’ Dalelands. But over the course of two games, his team have fleshed out Eoras with unique lore – some of which we only ever read about in books or told by NPCs. Realistically, we’ll never see all of the places referenced in its stories.

“Scale-wise, Pillars is similar to the Infinity Engine games,” Scokel explains. “It’s not really a globetrotting game, it’s more a region-trotting game. And so we look for opportunities to bring in these other areas of the world.”

One example of this in Deadfire is the Valian Trading Company – a colonising influence in the area that allows you to see the culture and architecture of a people from faraway lands. Beast of Winter goes further, taking you to The Beyond, a strange dimension stuffed with devious challenges and shared by ancient souls. There will be some revelations there.

“We’re trying to find opportunities to take the player places that have been mentioned before in lore but haven’t been pulled into fruition,” executive producer Alec Frey says. “It digs into the history of Eora in some ways we haven’t done so far.”

Beast of Winter is coming to PC on August 2nd.